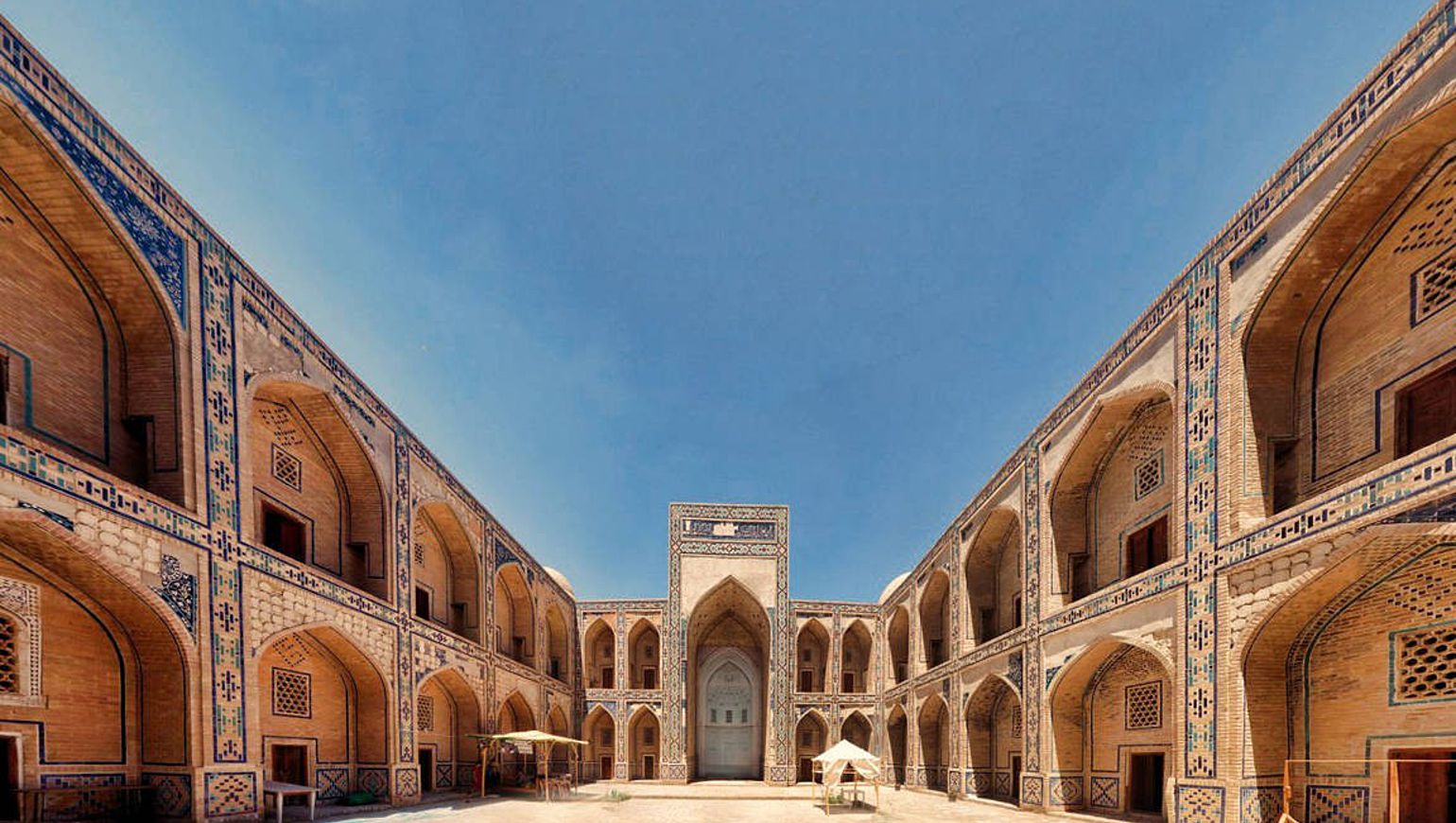 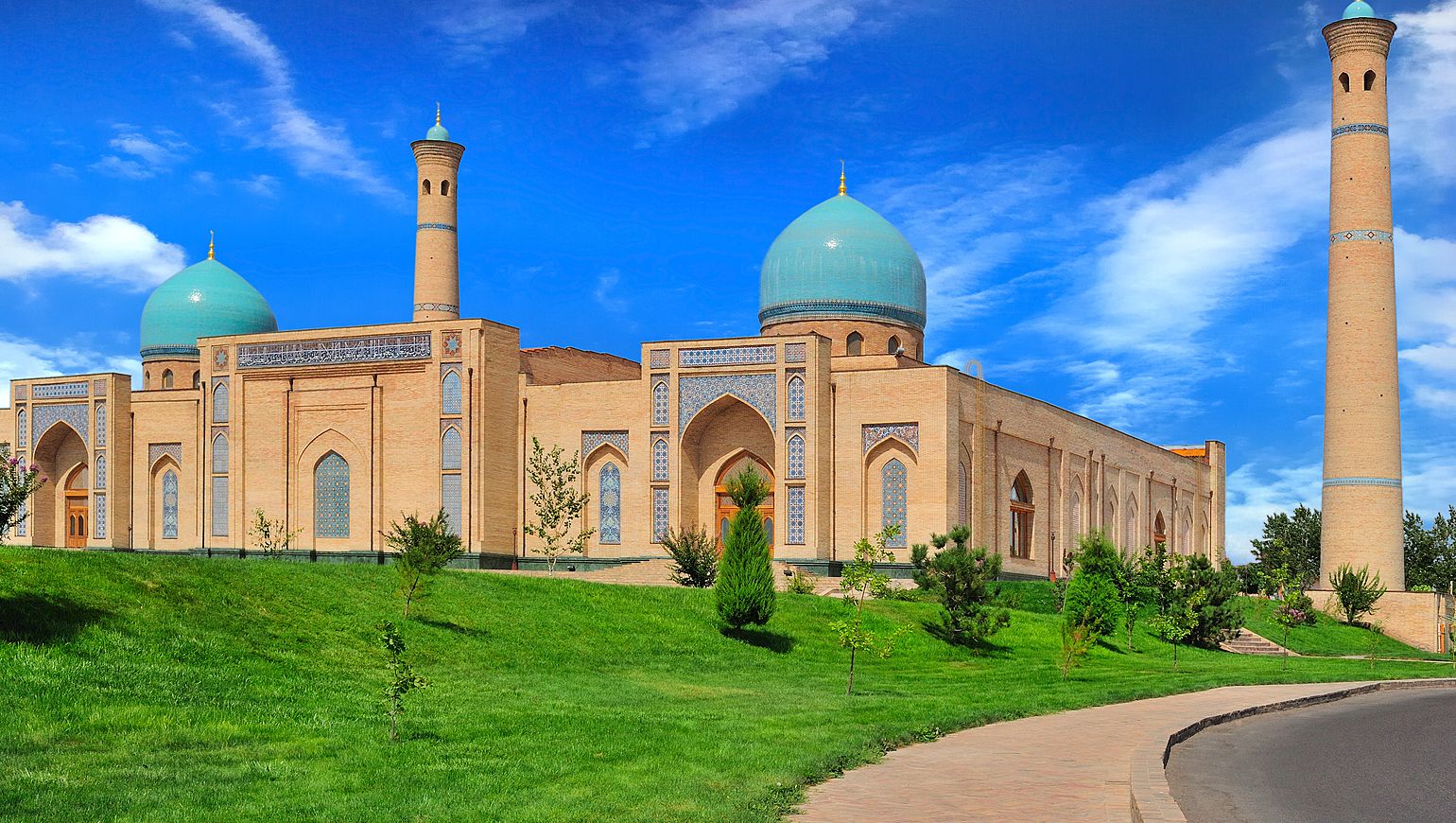 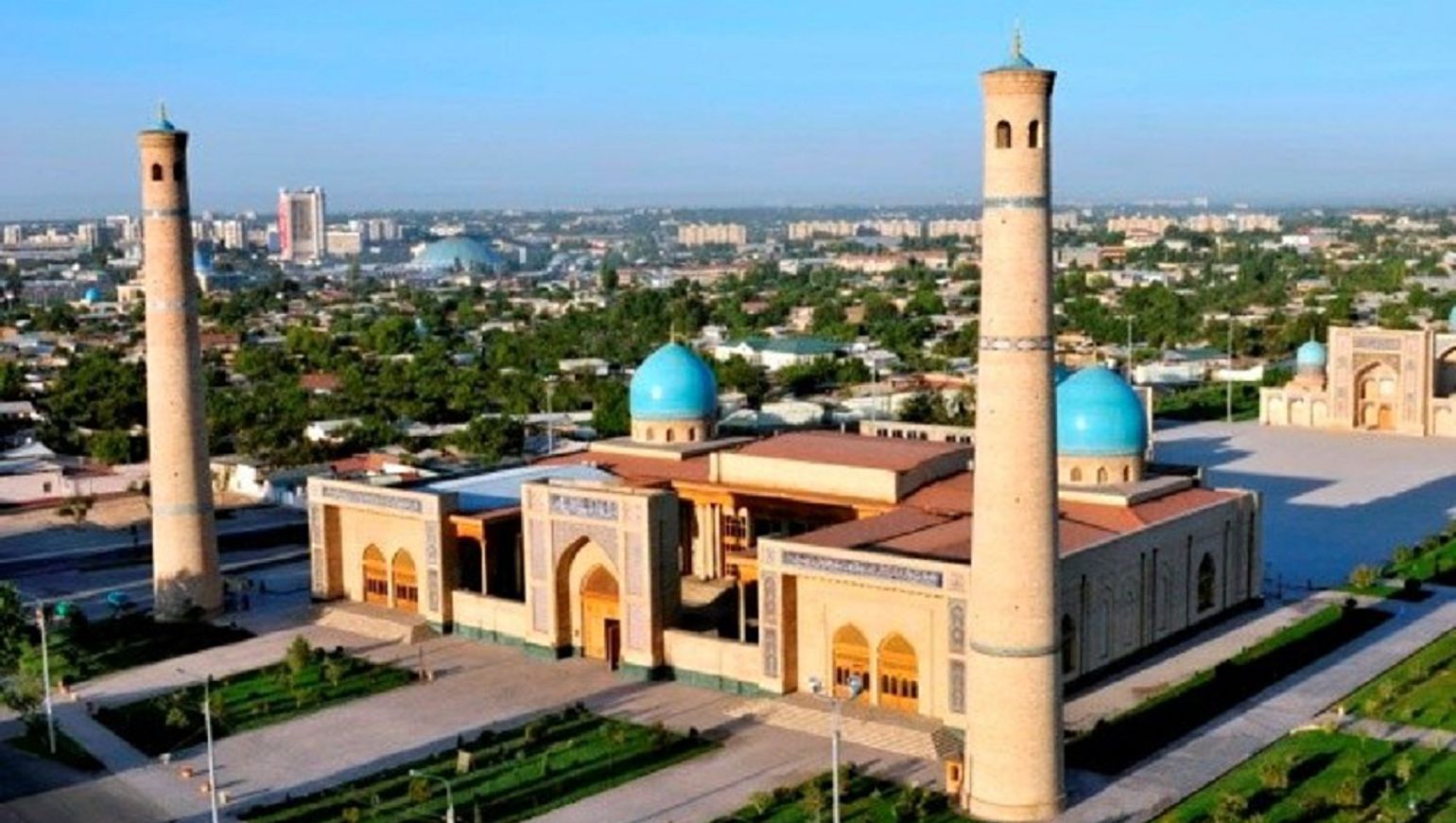 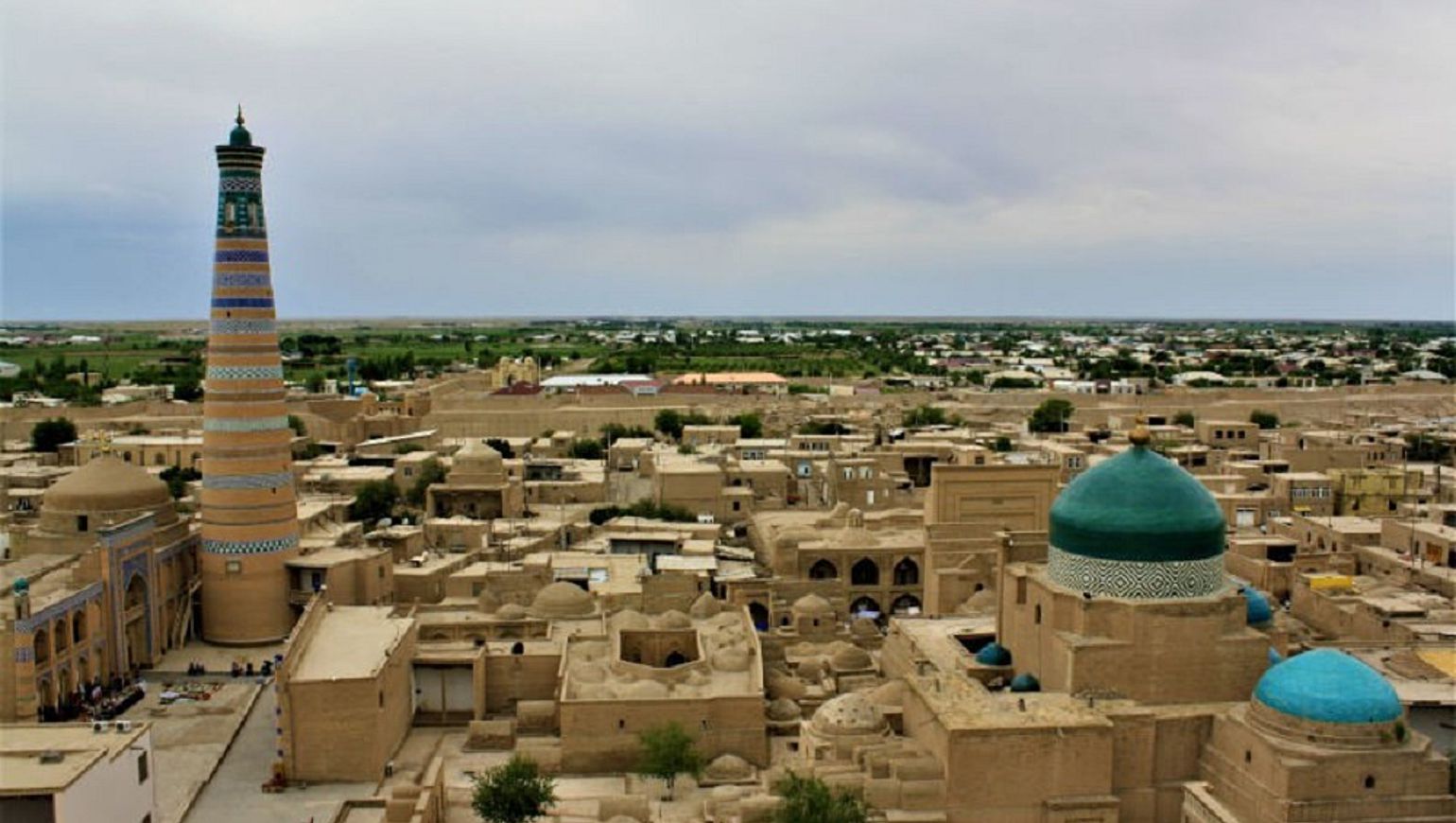 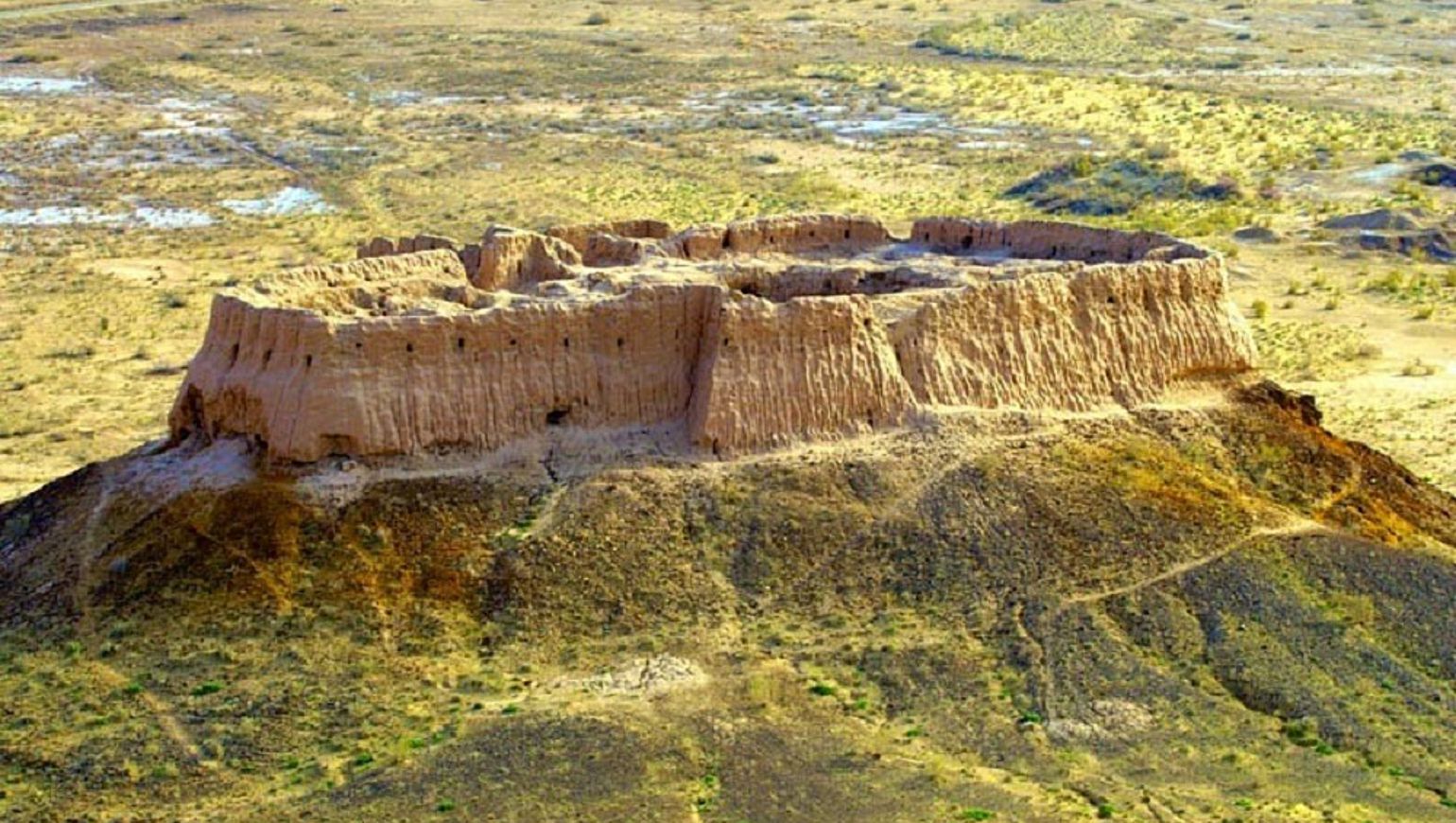 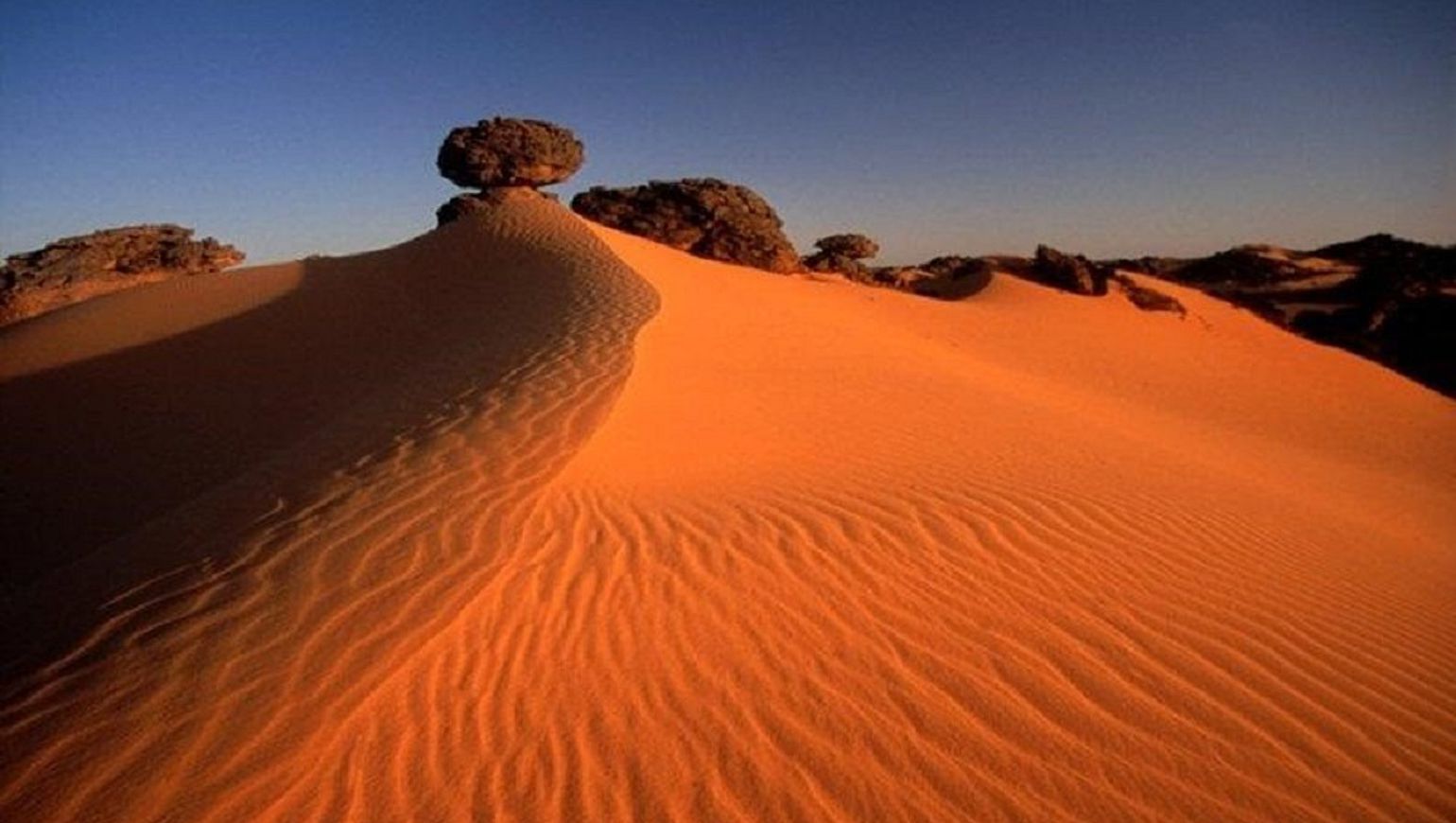 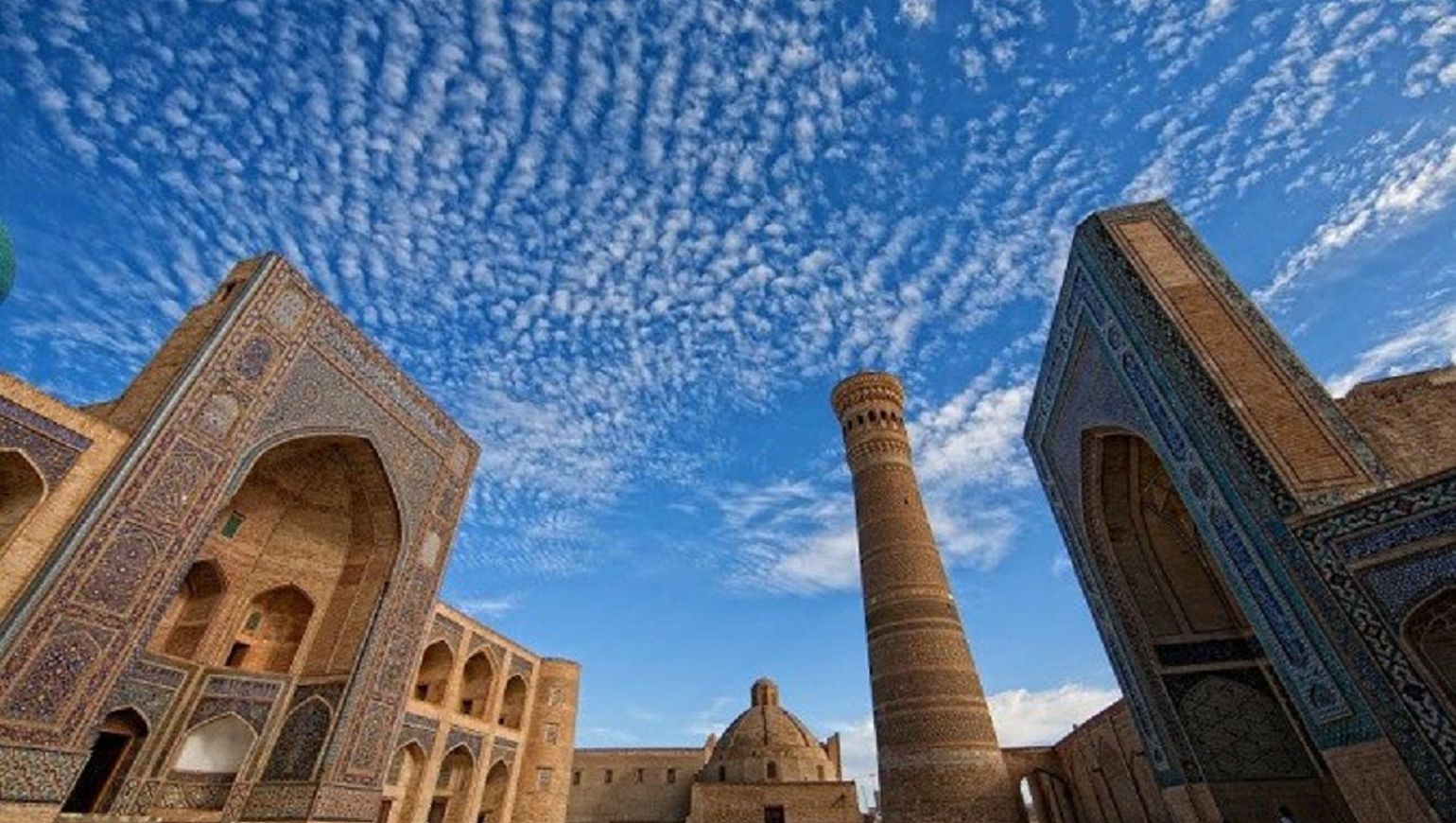 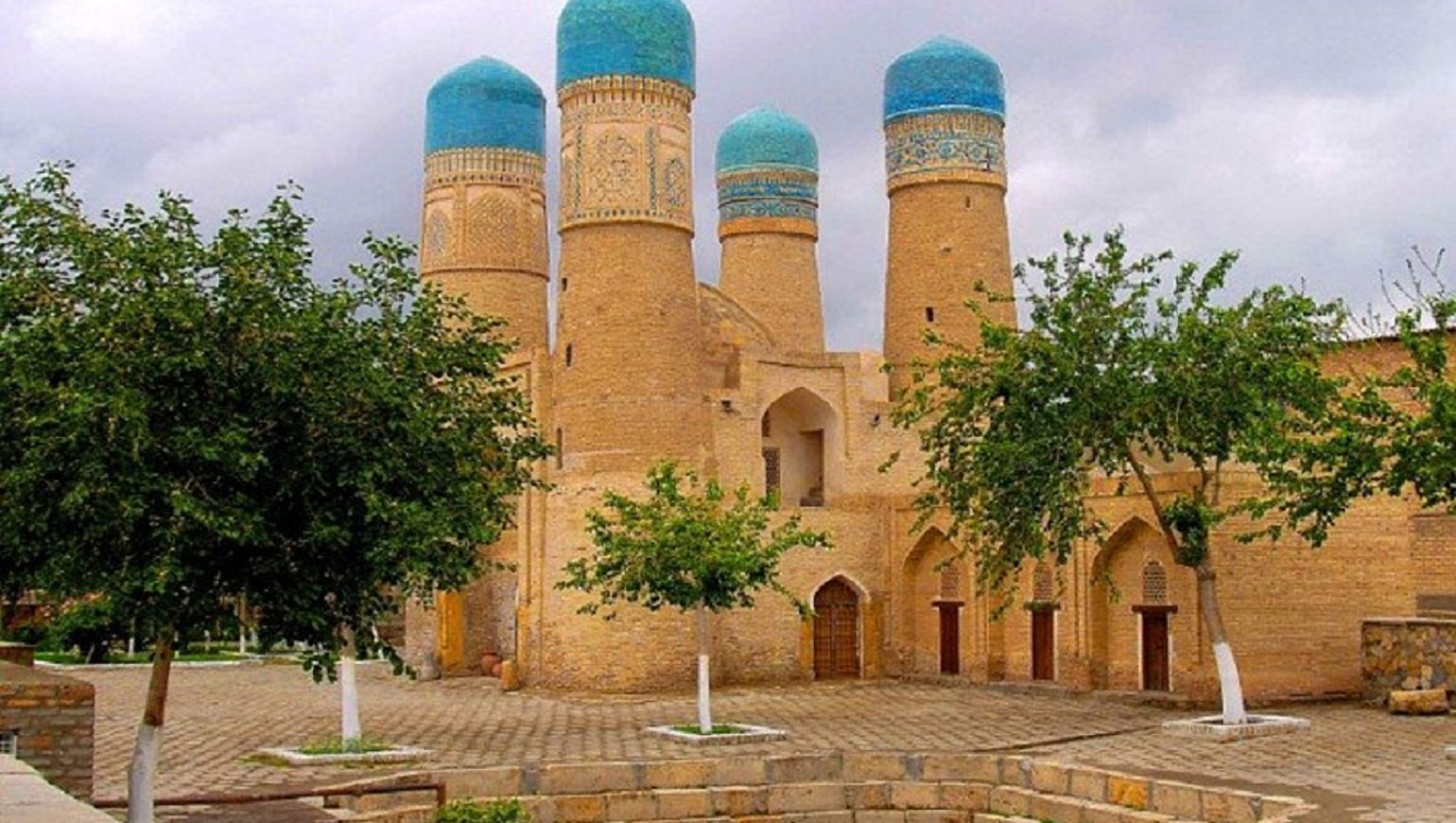 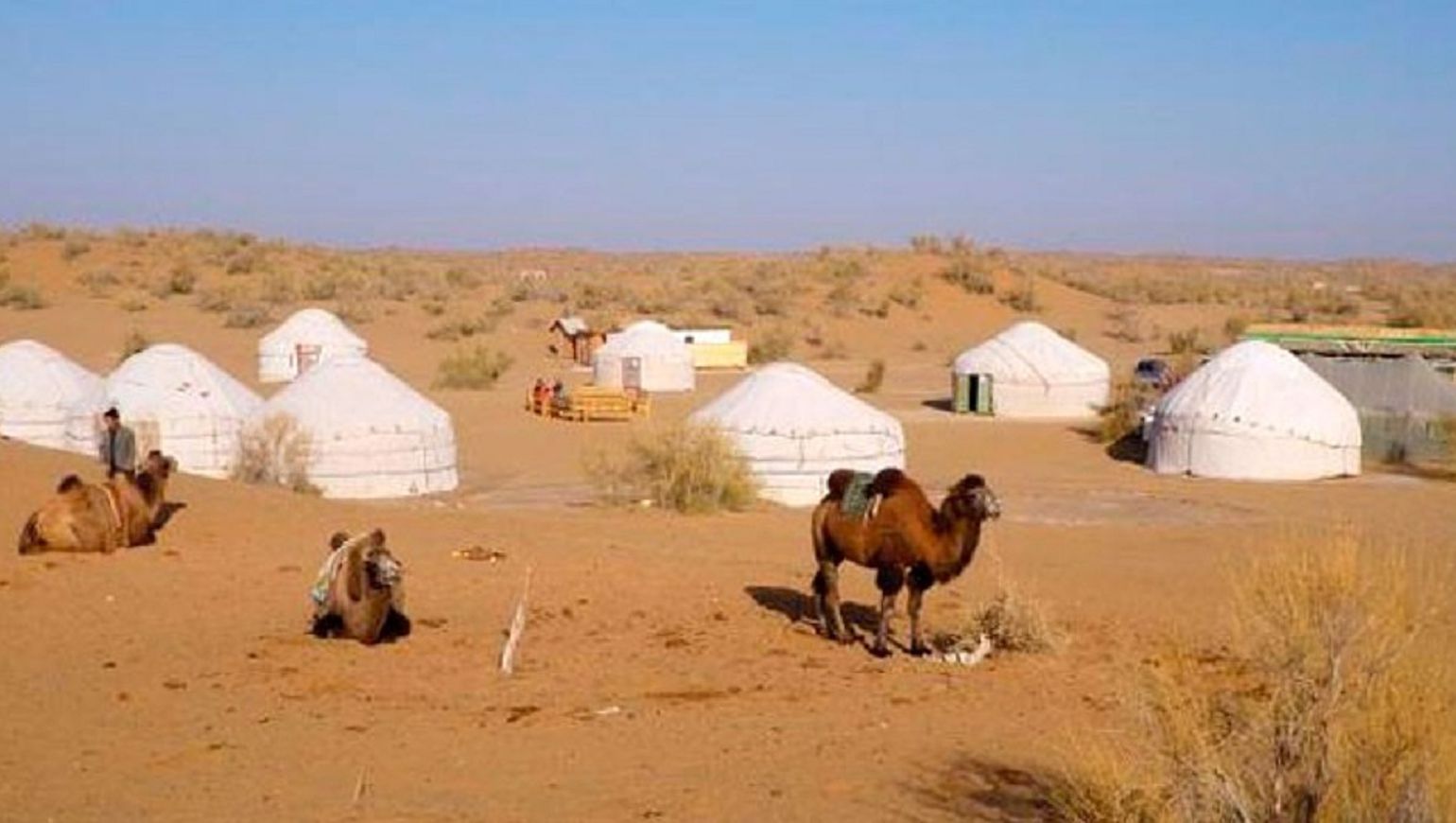 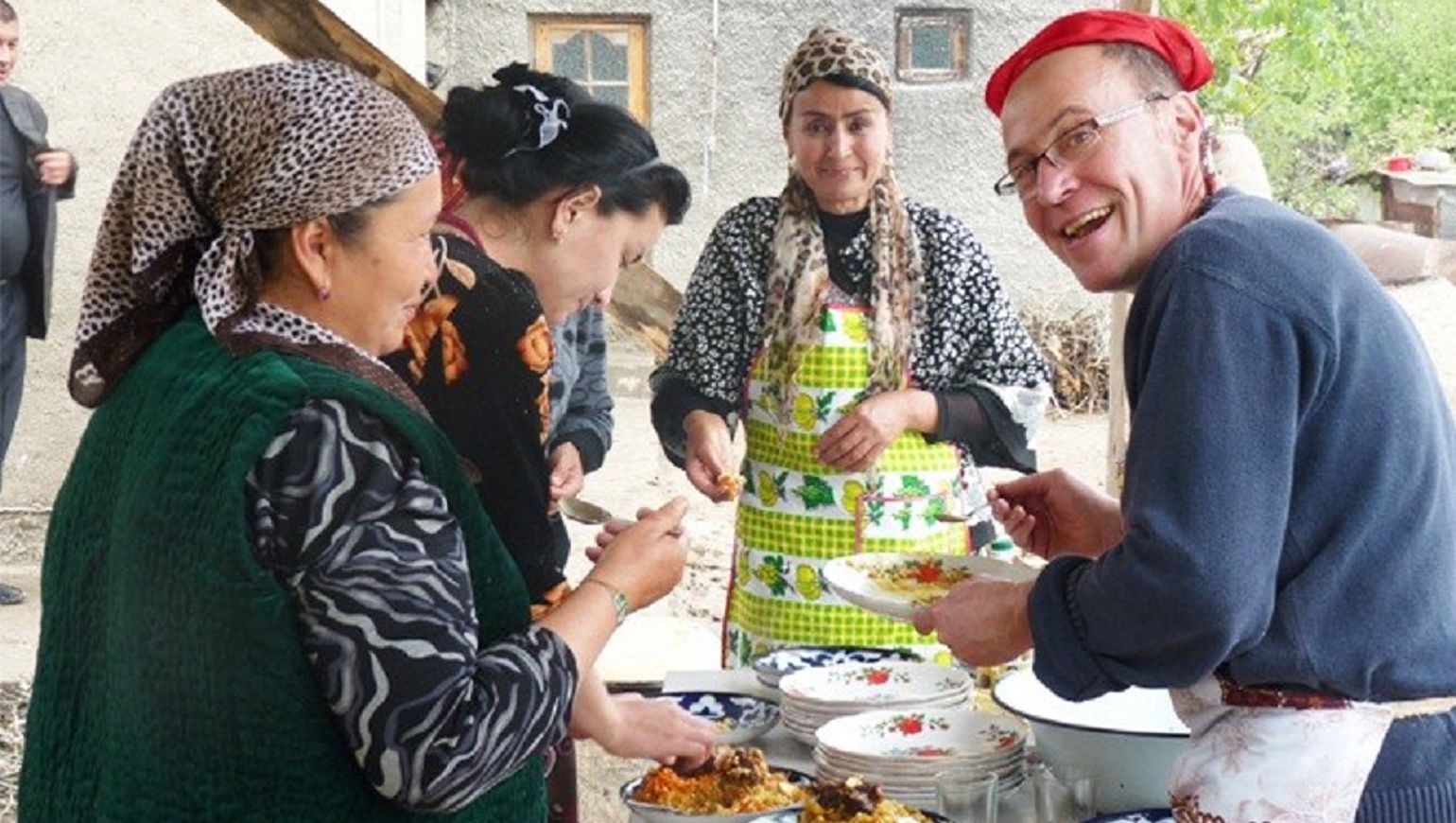 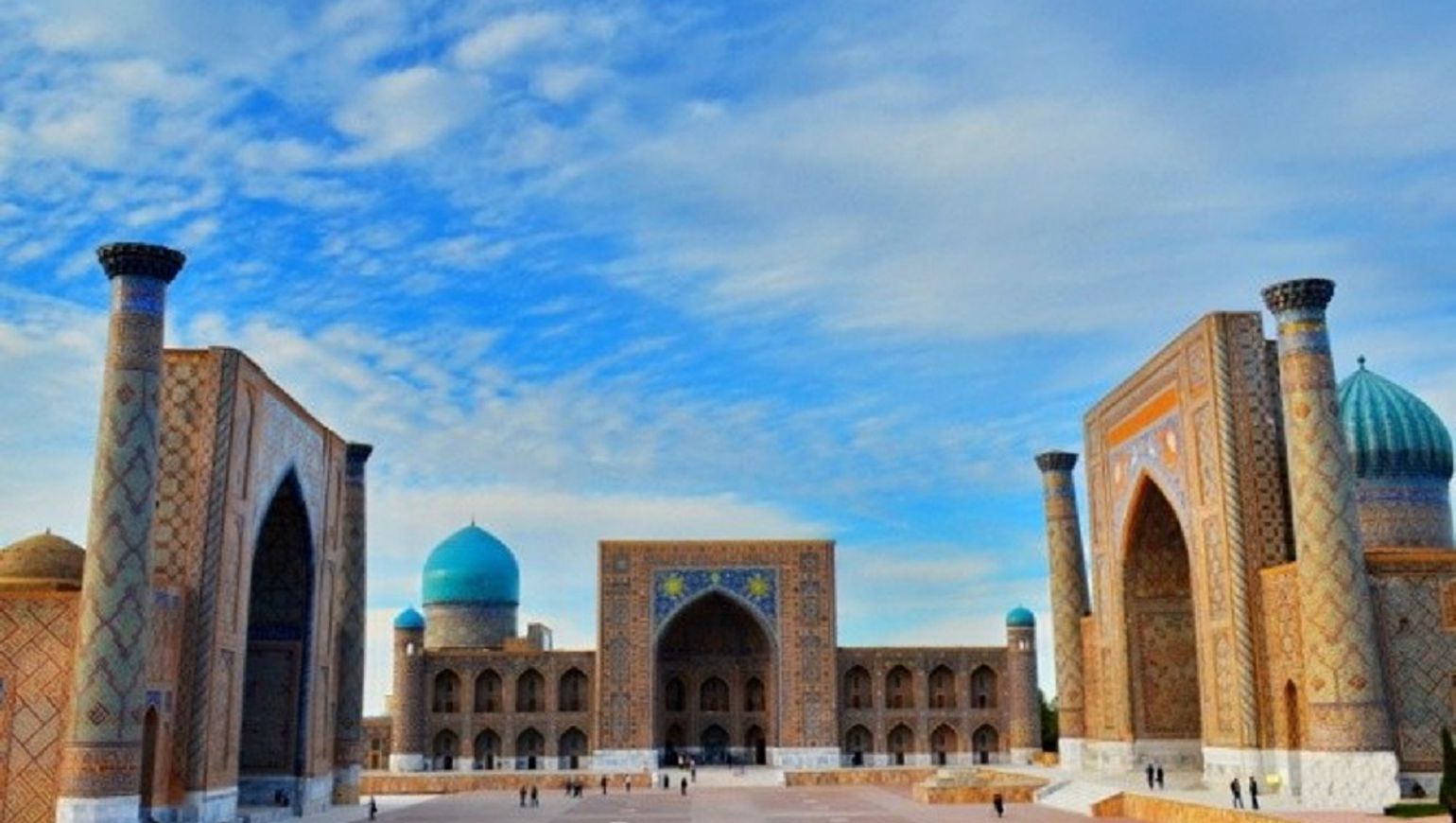 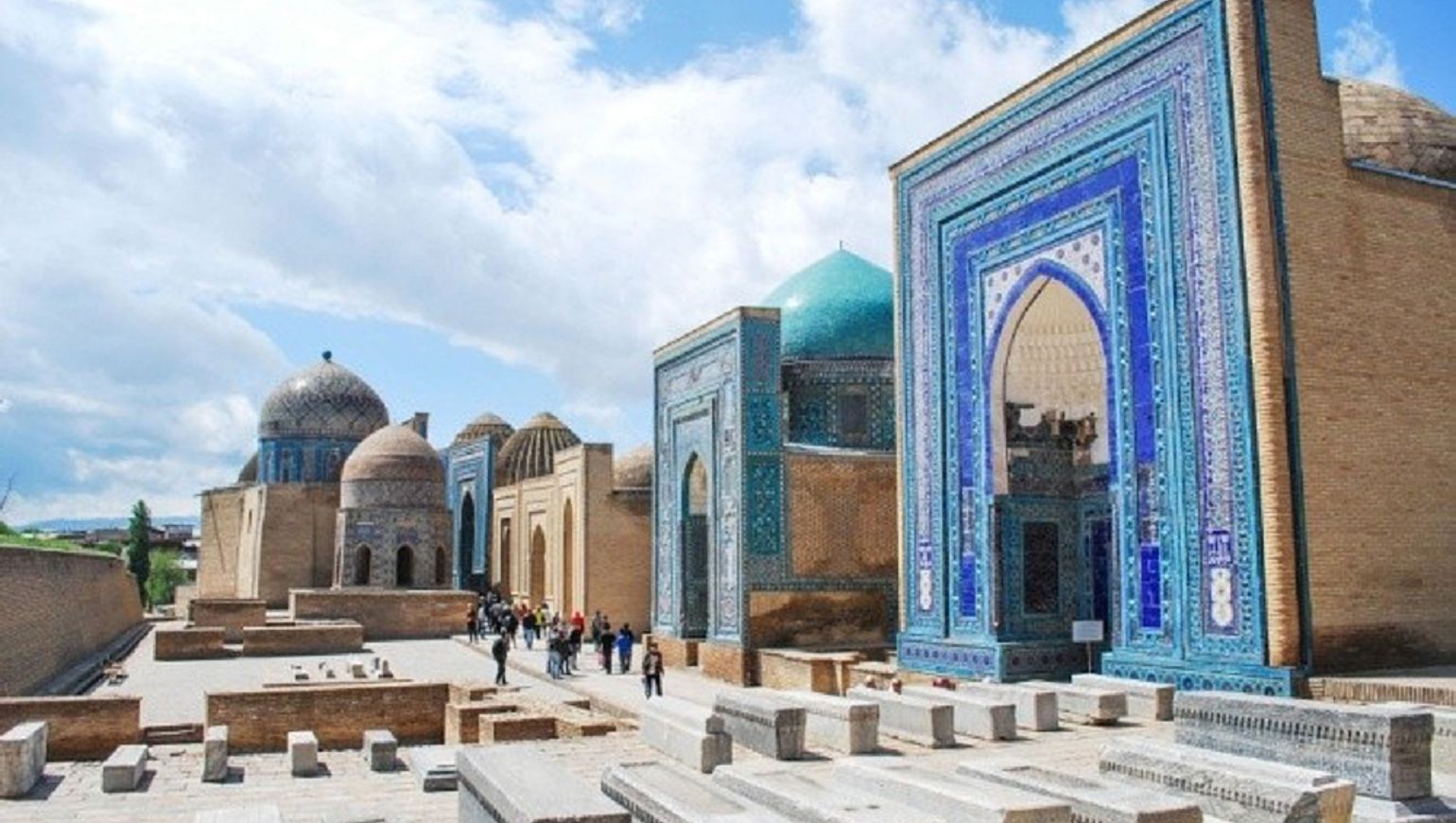 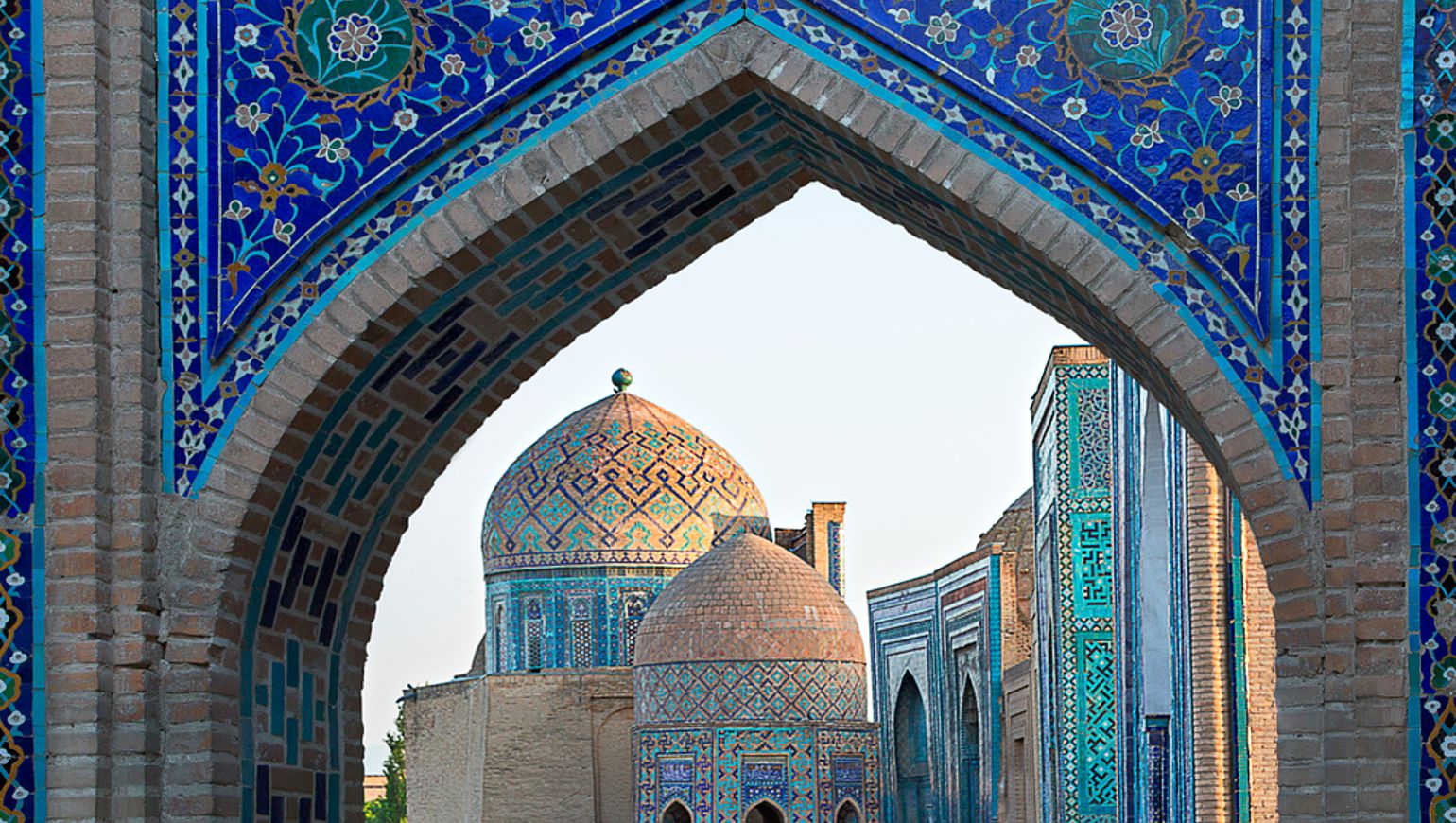 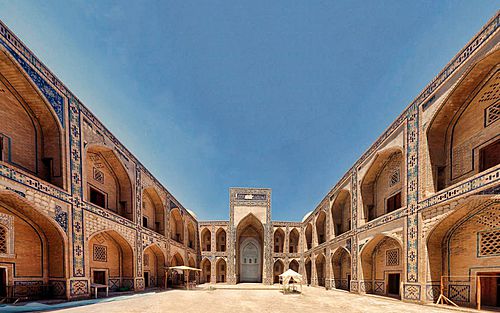 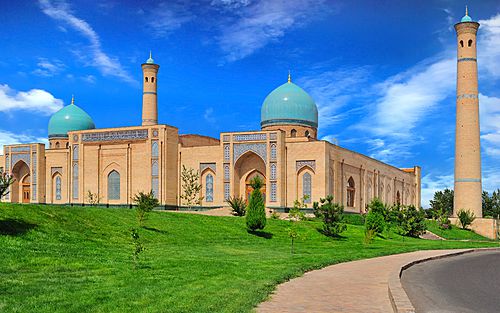 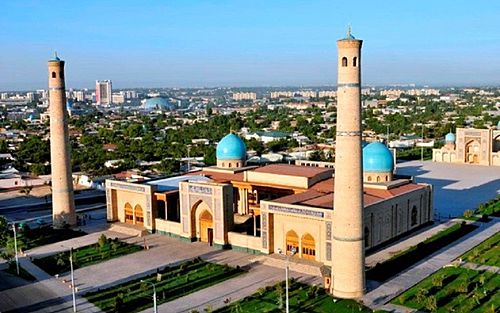 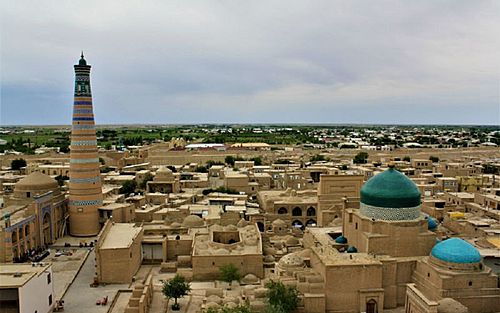 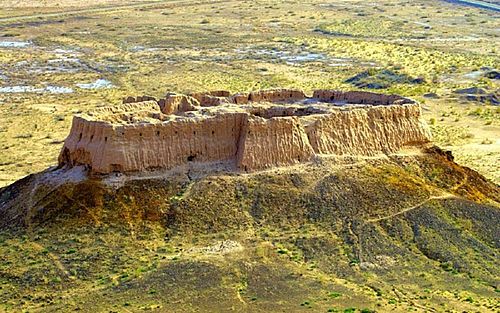 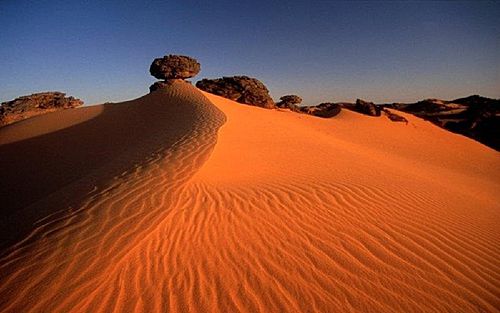 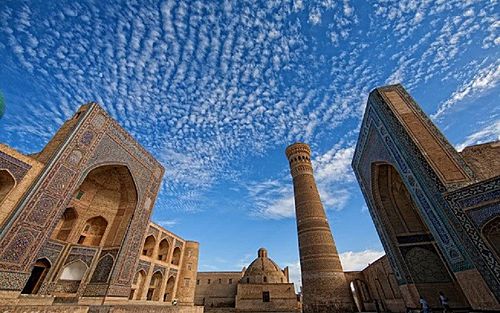 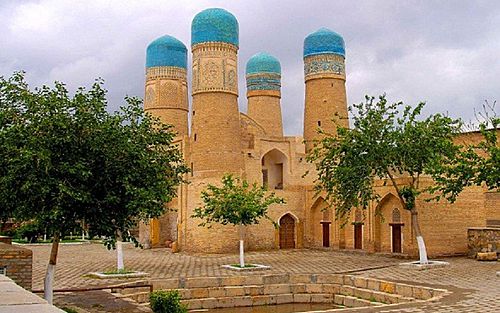 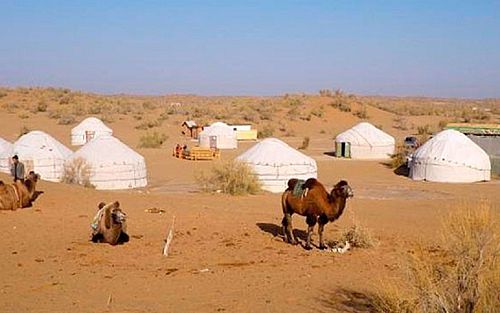 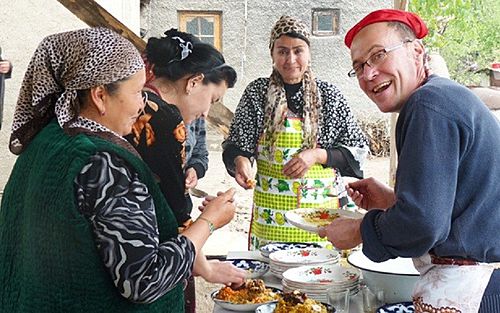 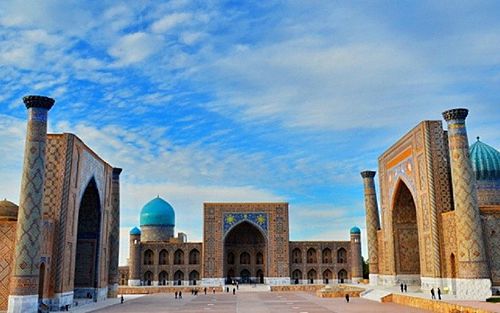 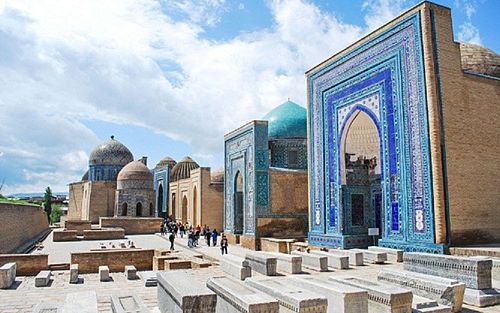 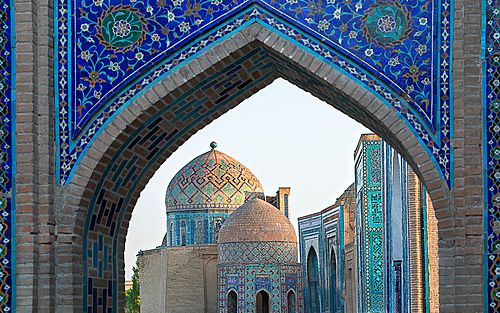 Tashkent – the capital of the country, the combination of the new and ancient architecture. Well-known with its wide range of museums and unusual underground metro stations.Khiva – the pearl of the East which is divided into three parts: the fortress - Kunya-Ark, suburb - Dishan-Kala and the inner city - Itchan-Kala. Bukhara – situated on the Silk Route and includes more than 140 architectura...

Tashkent – the capital of the country, the combination of the new and ancient architecture. Well-known with its wide range of museums and unusual underground metro stations.

Khiva – the pearl of the East which is divided into three parts: the fortress - Kunya-Ark, suburb - Dishan-Kala and the inner city - Itchan-Kala.

Bukhara – situated on the Silk Route and includes more than 140 architectural monuments.

The camp of yurts in Yangui Gazgan– traditional dinner, local troubadour songs of Kazakh Akyns, dances around the camp fire. The thousands of stars in the blue sky open the door of other world.

Mitan village (the houses built of adobe, the valleys filled by cotton, super generous local people and their lifestyle, customs and etc.) –the winner of the World Responsible Tourism Travel Award 'To Do' at the ITB Berlin 2015.

Samarkand – one of the most ancient cities of Central Asia (UNESCO).

Flight from homeland to Tashkent, capital of Uzbekistan. Dinner and overnight on board.

Arrival in Tashkent International Airport at 05:50a.m. Welcome by guide and driver. Transfer to the hotel and leave there baggage (Standard check-in, at/after 14:00).

The first discovery by the visit to complex of Khast-i-Imam (reconstructed in 2007), religious center of Tashkent. Architectural ensemble includes several constructions, built in XVI –XIX cc;

In the afternoon continue and visit to The Museum of Applied Art of Tashkent, the ancient palace of Russian diplomat Alexander Polovtsev that is transformed to the museum in 1938. Then you will discover beautiful madrasa Kukeldash and Juma Mosque and Chorsu Bazaar –the biggest market of the country.

Breakfast at hotel. Transfer to the airport for domestic flight to Urgench.

In the morning, arrival to the airport of Urgench, the capital of Khorezm region and transfer to Khiva. On arrival, transfer to hotel for leaving there the baggage.

Explore marvelous city, listed in UNESCO World Heritage Site. Sightseeing program includes excursion in all monuments of Ichan Kala. Ichan Kala is the inner town (protected by brick walls some 10 m high) of the old Khiva oasis, which was the last resting-place of caravans before crossing the desert to Iran.

After, explore other exceptional monuments, situated in Ichan Kala.

Then drive to Ayaz Kala and visits ancient and biggest, mud-walled fortress, built on the top of a hill overlooking the vast Amu Darya plain (IV-II centuries B.C.). Lunch time.

In the afternoon drive back to Khiva.

Breakfast at hotel. Early in the morning drive to Bukhara direction by passing red sands of the desert Kizil-Kum. Rest stop and explore the river of Amu-Darya, blue serpent in the desert...

Lunch on the way.

In the afternoon going on the road doing another rest stop en-route near Gazli. Arrive late afternoon, transfer and check-in to the hotel.

Breakfast at hotel. Discover the most mysterious city of the Silk Road –Bukhara and its magnificent historical monuments that attract thousands of visitors by their beauty.

Full day sightseeing program includes the visits to: Architectural complex Poi-Kalyan (means «Foot of the Great»), situated at the foot of the minaret Kalyan.

Lunch time.  In the afternoon continue to explore other monuments, as: architectural ensemble Laybi-Hauz (means «the shore of reservoir») –the largest artificial reservoir of medieval Bukhara.

Breakfast at hotel. In the morning you will visit other monuments situated in countryside of the Bukhara: the mosque Tchor Minor, or « Four Minarets », hidden in the alleys of the ancient district of the city, an example of XIX cc. monument; summer residence of Bukhara Emirs, Sitora-i-Mokhi Khossa, which was the second residence of the last emir of Bukhara.

Afternoon will be a free time for personal discovery. You can go for a walk in a former Jewish district and visit the synagogue or visit Shavkat BOLTAEV workshop and admire his gorgeous photography; As well as the visit to workshop of popular puppet-creator Iskandar KHAKIMOV.

In the morning drive to the Nurata direction. On the way make a stop en-route in Guijduvan, a small village 40 km far from the Bukhara. Guijduvan ceramic workshop is known throughout the country and is protected by UNESCO. Alisher Narzullaev will demonstrate with a great pleasure our National ceramics which are very interesting.

Afternoon- visit the ruins the ancient Citadel of Alexander the Great and finally arrive to a camping yurt. Accommodation in the camp yurt, riding Camels and dinner in a desert around the fire.

Arriving at the village of Mitan which is the winner of the World Responsible Tourism Travel Award 'To Do' at the ITB Berlin 2015.

In the village you will be a guest in one of the Uzbek local family. There you will meet your local guide.

Lunch at the local house, with traditional Uzbek welcome meals.

In the afternoon you can go for a walk in village and observe beautiful nature almost untouched by human development. Having the tour in Mitan village, you really feel the Uzbek life.

In the afternoon drive to Samarkand, transfer and check-in to the hotel.

Right after begins sightseeing program: The Registan Square (“Sandy Place”), the ensemble of three madrasahs (the Ulughbek Madrasah (1417-1420), the Sher Dor Madrasah (1619-1636) and the Tillya Kori Madrasah (1646-1660)is a unique example of town-building art a remarkable pattern of the architectural planning of the main town square; the Gur-Amir Mausoleum –a world known masterpiece of Central Asian architecture, the family crypt of the great dynasty of Tamerlane, with a fine ribbed dome and decorated with paper-maché inside.


In the afternoon, you will discover other miracles of the city: The Pearl of Samarkand – Bibi Khanum Mosque. Constructed in 1399 by the best architects and artisans of Khorossan, Azerbaijan, Persia and India, the mosque was compared with the beauty and shining of the Milky Way; the Siyab Bazaar, the most ancient and biggest in Samarkand.

Breakfast at the hotel.

Sightseeing program: the Shakhi-Zinda Ensemble with more than 20 buildings, built from early XI up to XIV cc. Each mausoleum has its own style of decoration and great fantasy of skillful artisans; the Observatory of Ulugbek –one of the famous observatories of the middle Ages, built in 1428-1429. Lunch at local restaurant.

In the afternoon drive to Tashkent . Arrival in Tashkent in the evening, transfer and check-in to the hotel.

Breakfast at hotel, departure to the airport for taking flight to Homeland.

Have a safe flight!

Price and dates for group departures

Details of the group

Price per person, based on occupancy of one double room. Excluding international flights.Departure dates are guaranteed only if the minimum number of travelers per group is reached.

In the same geographical zone