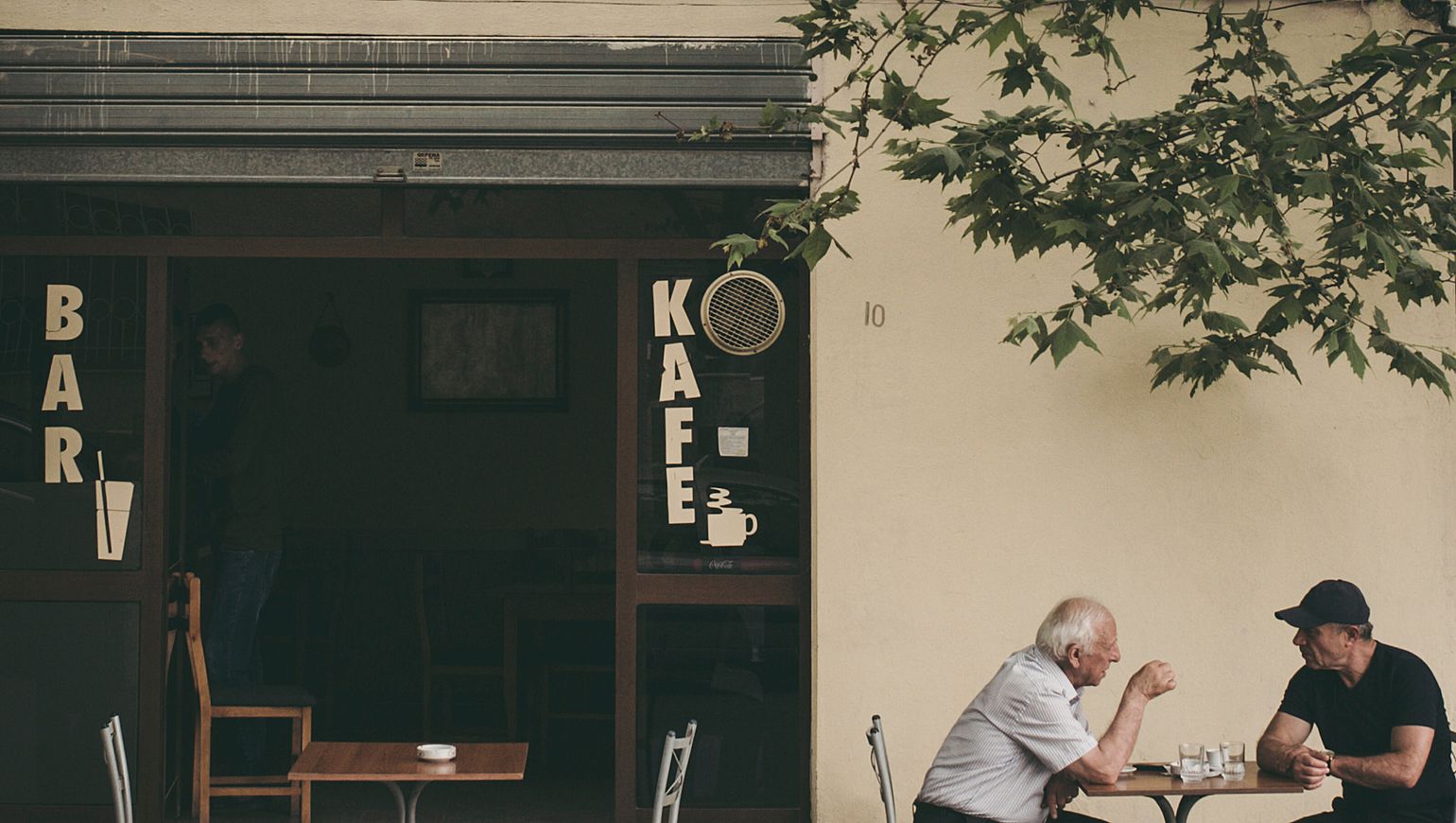 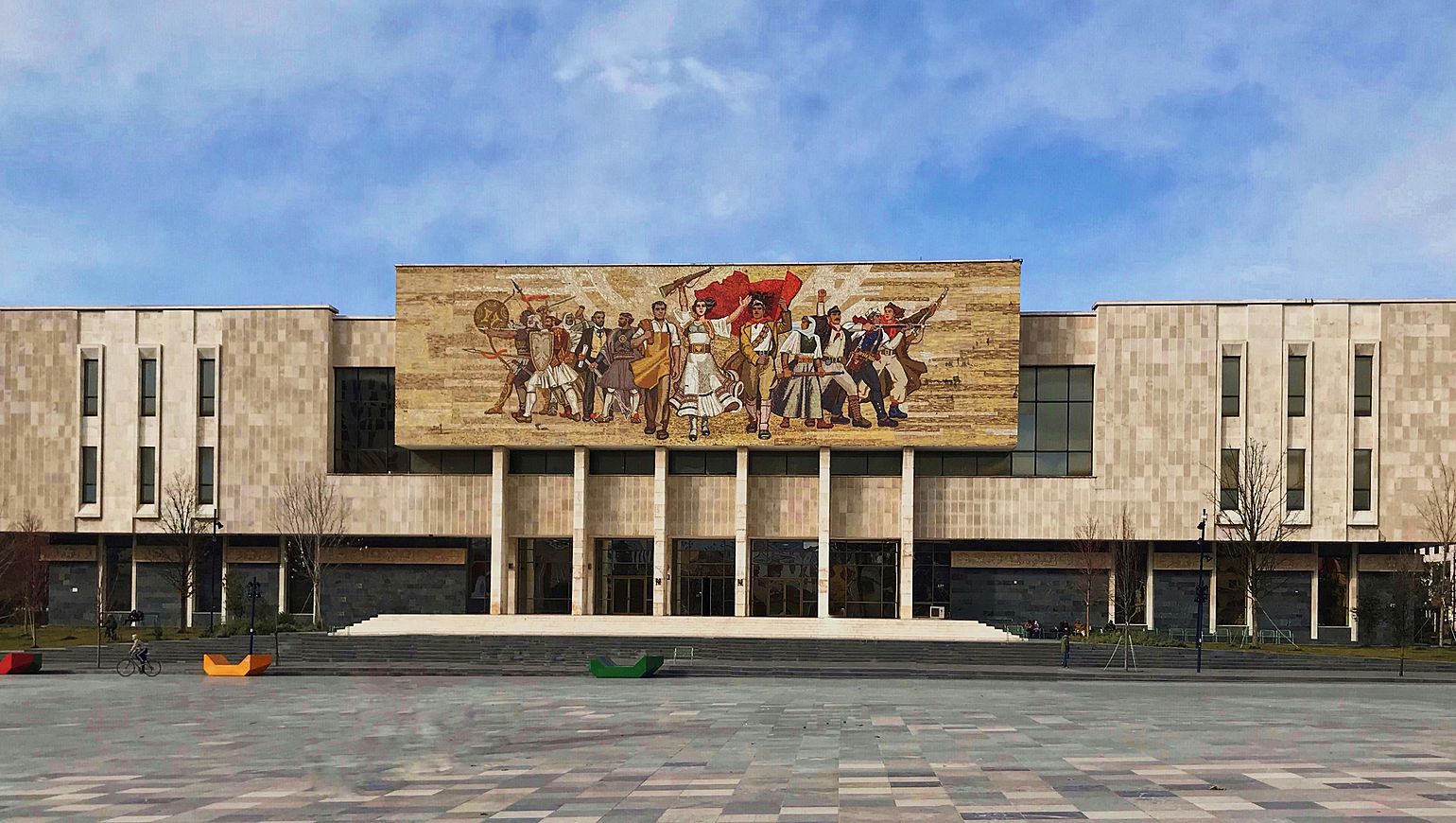 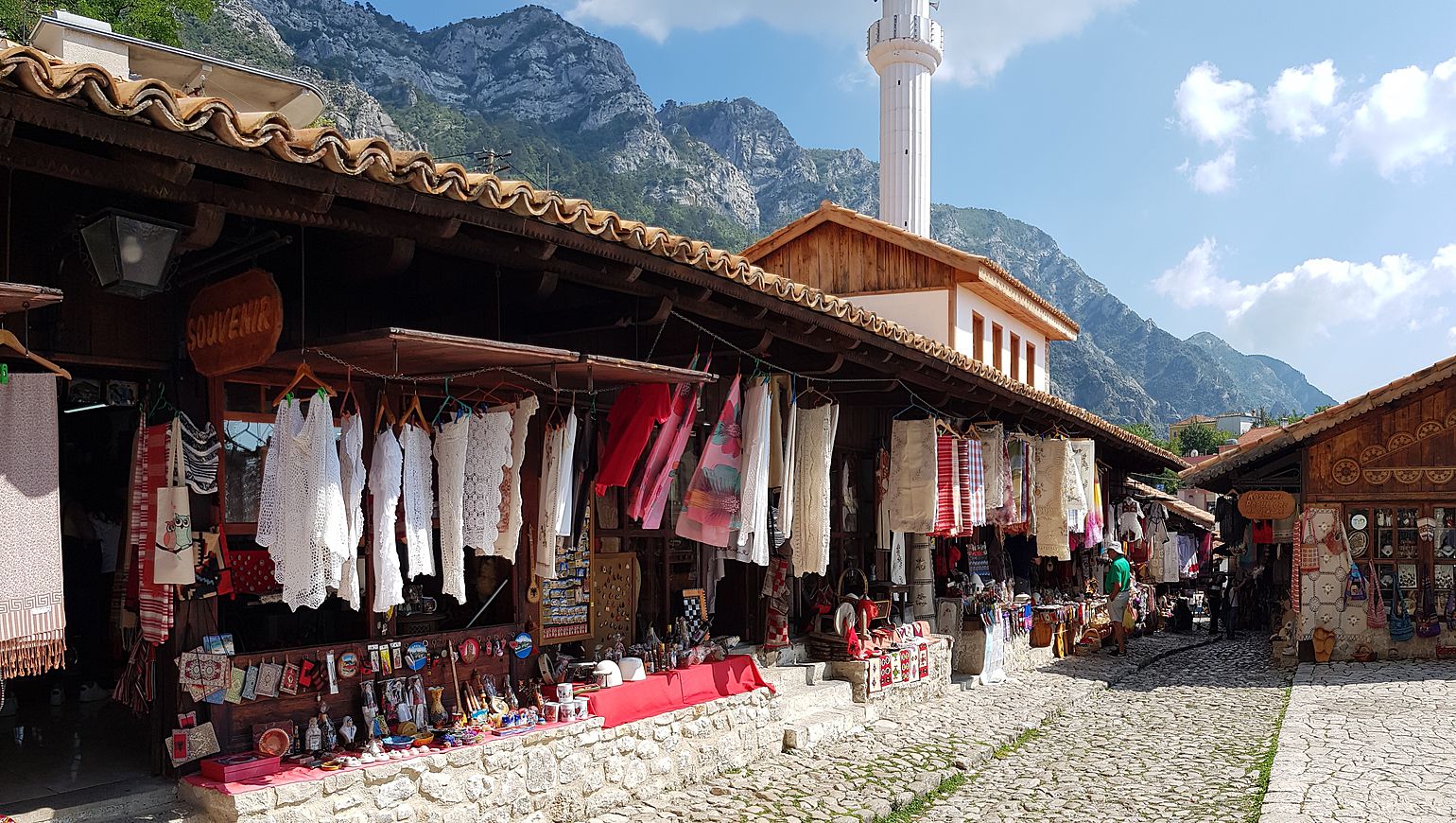 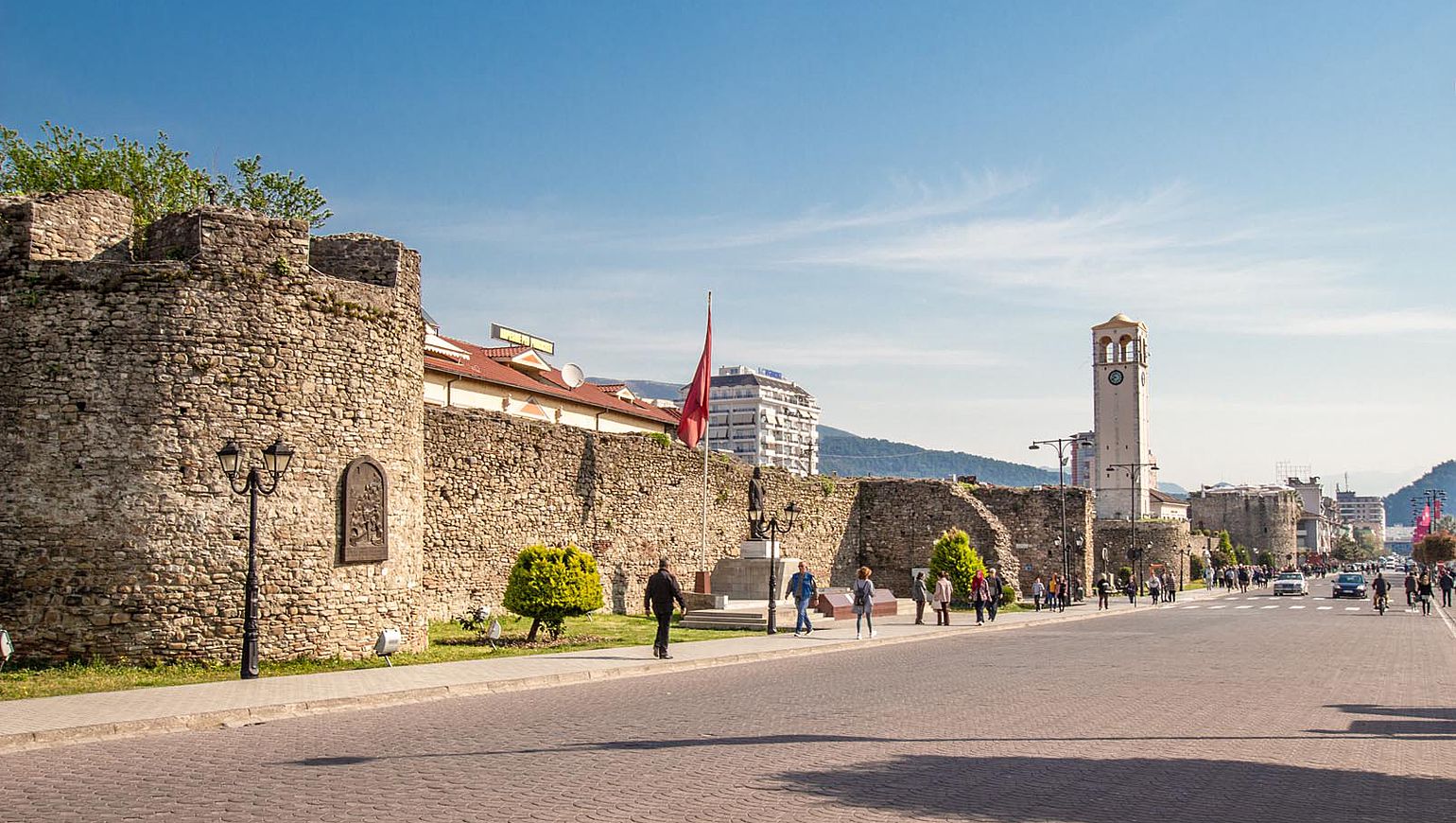 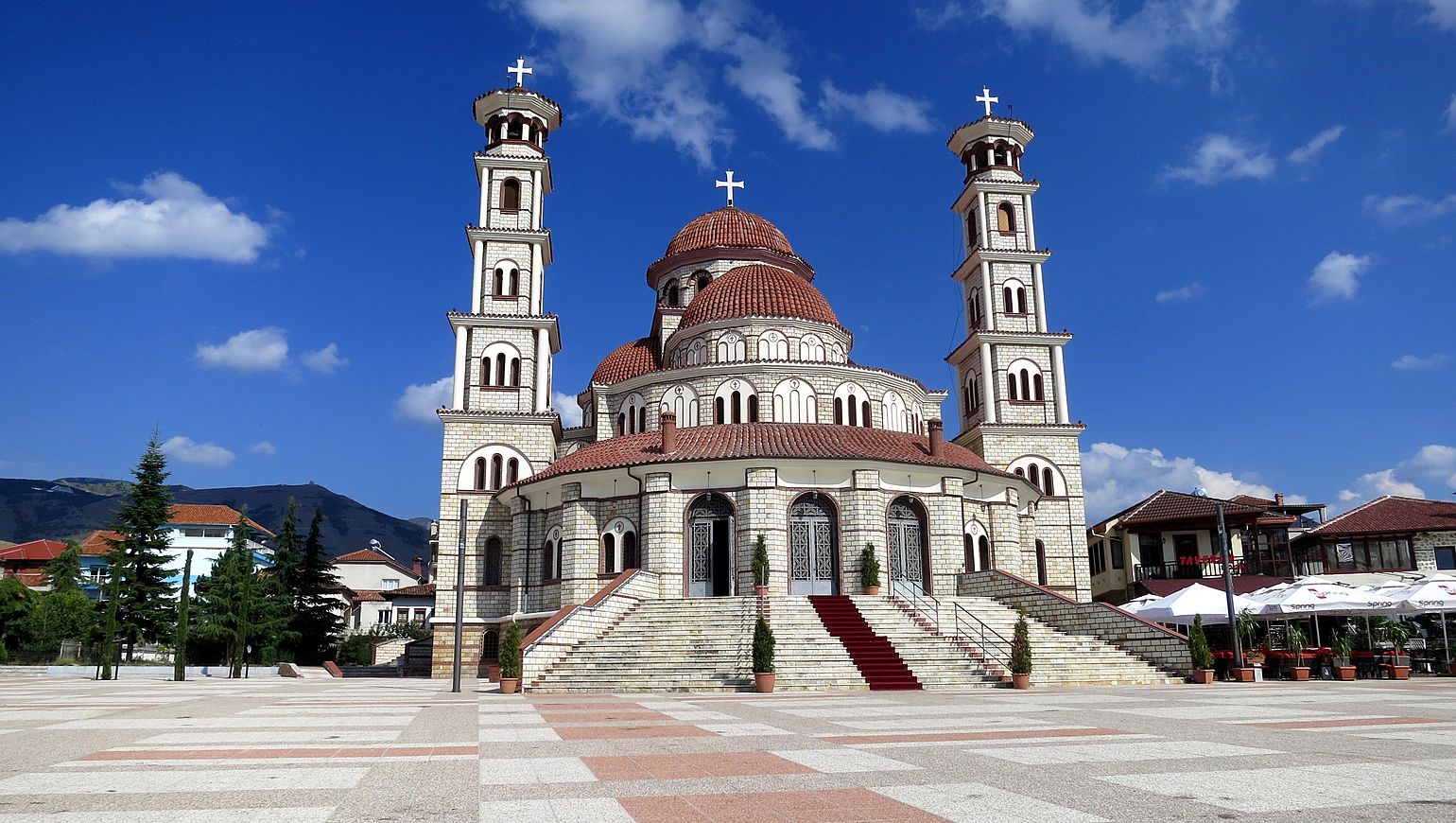 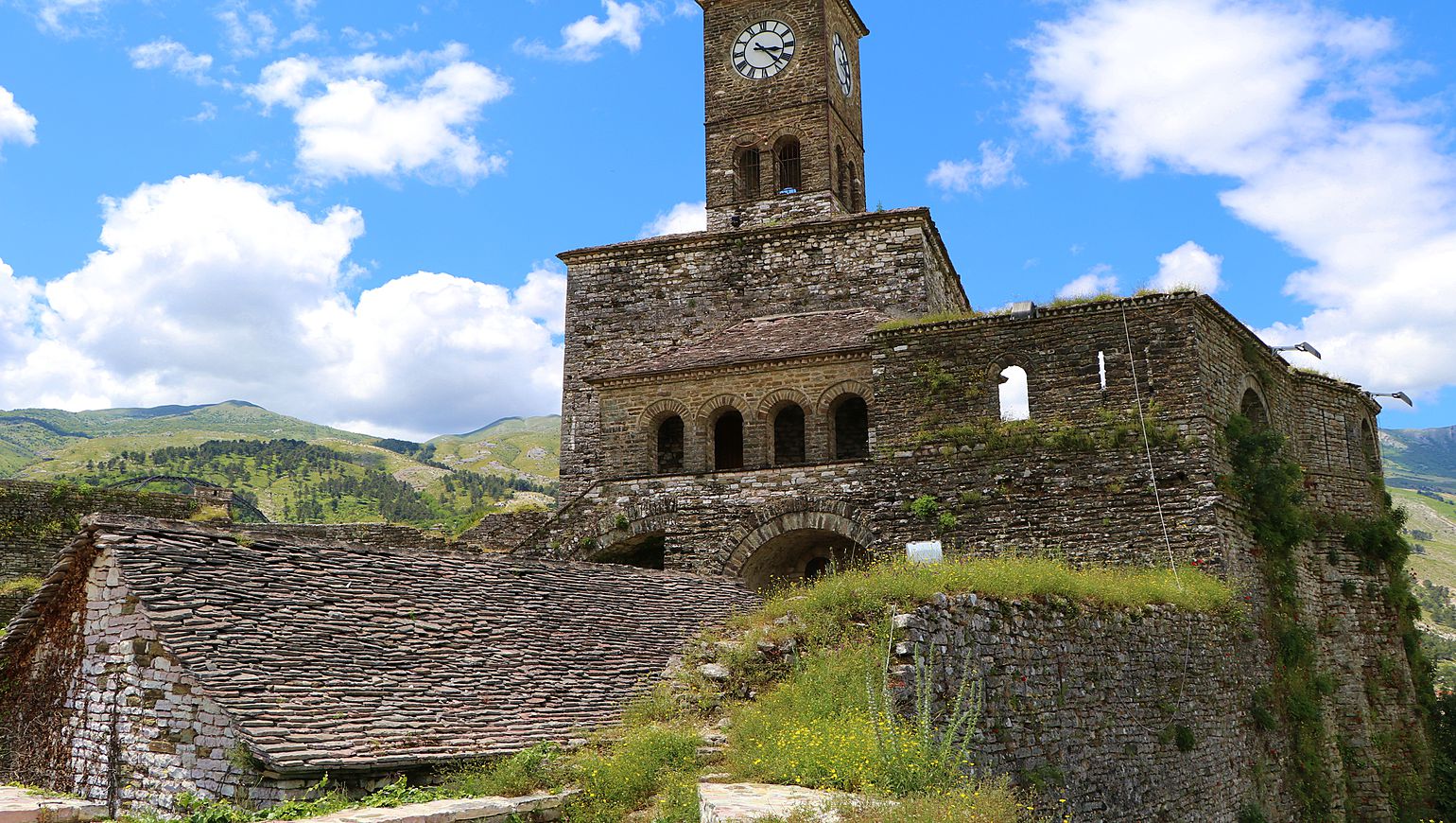 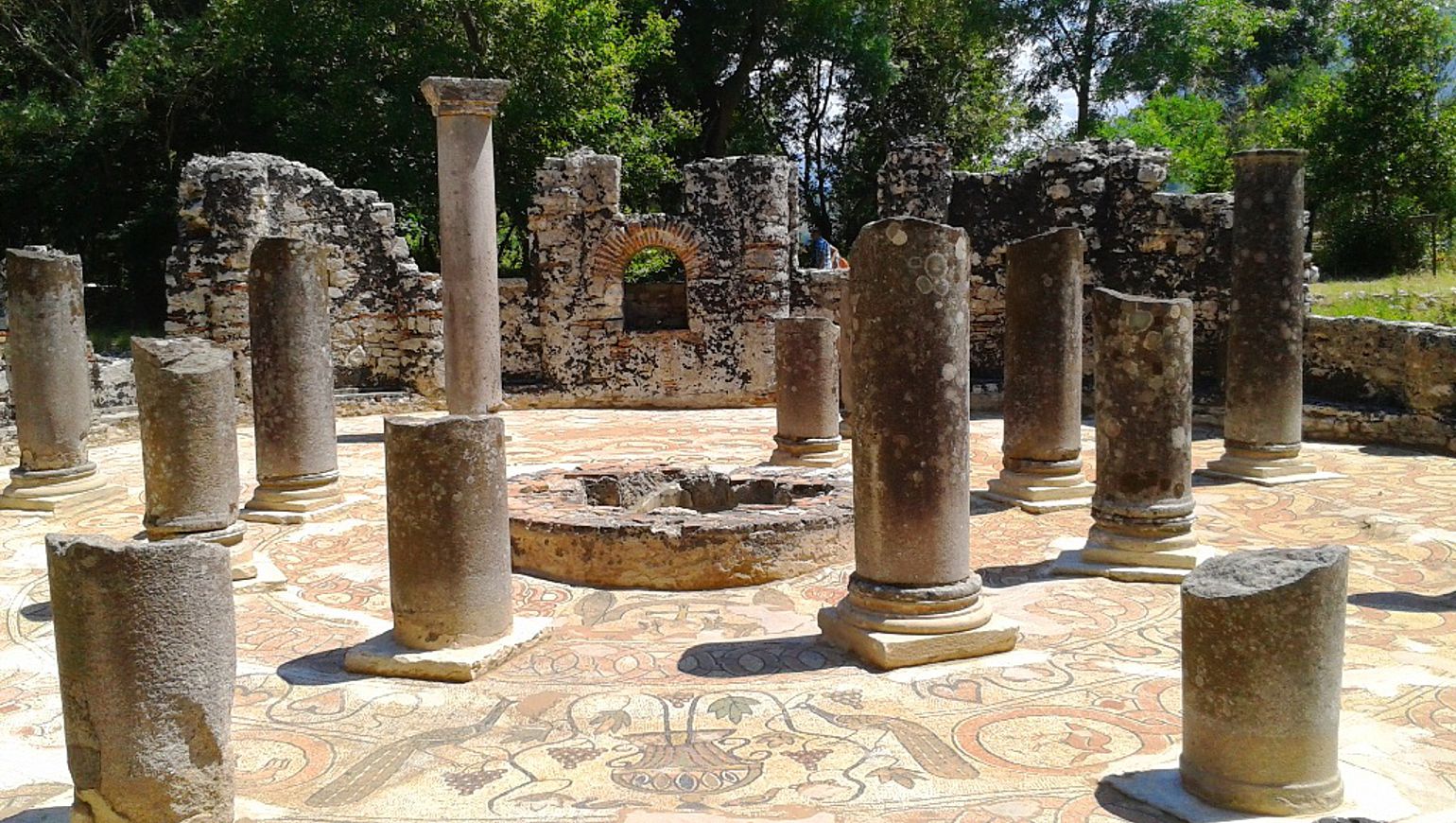 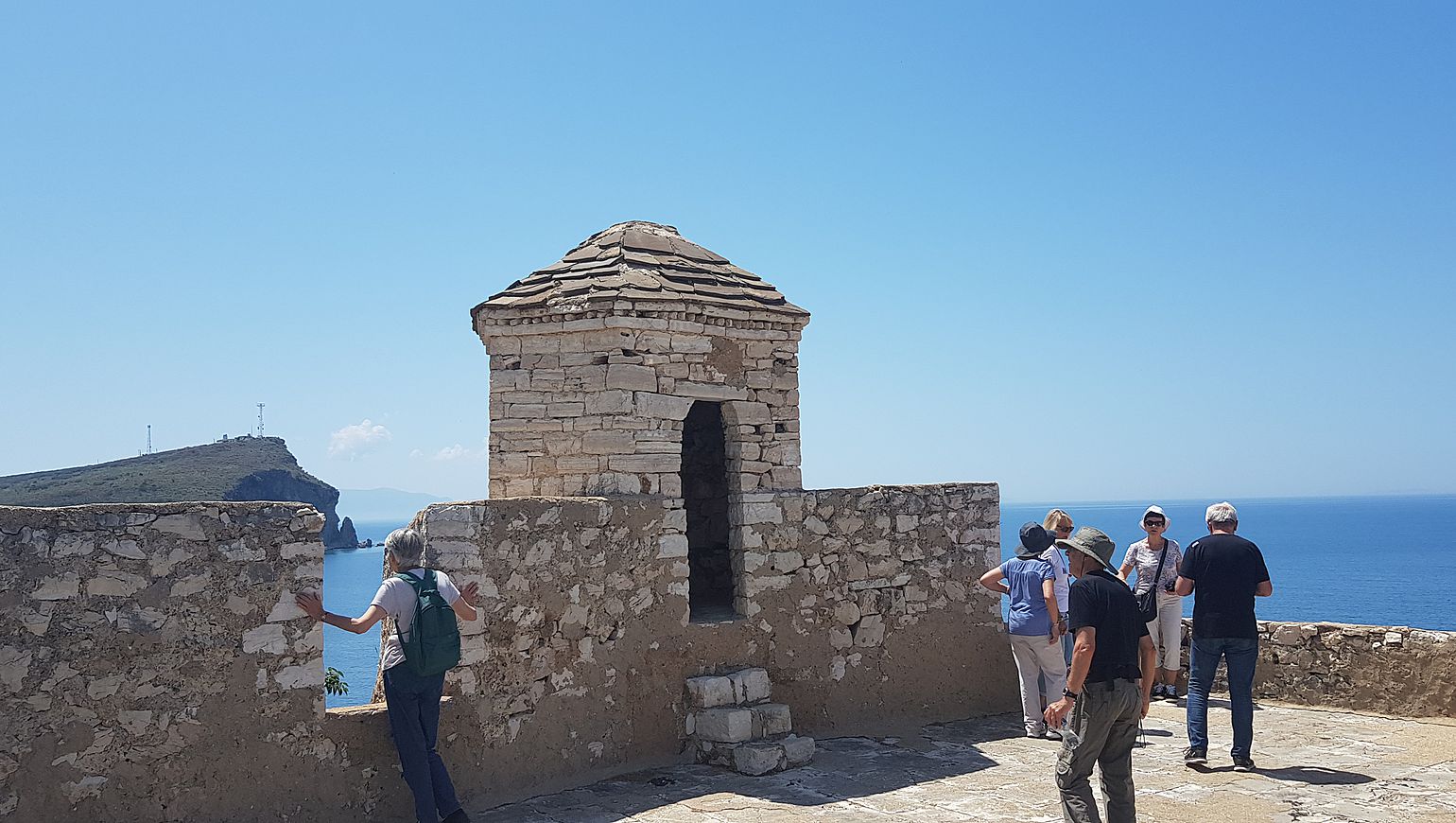 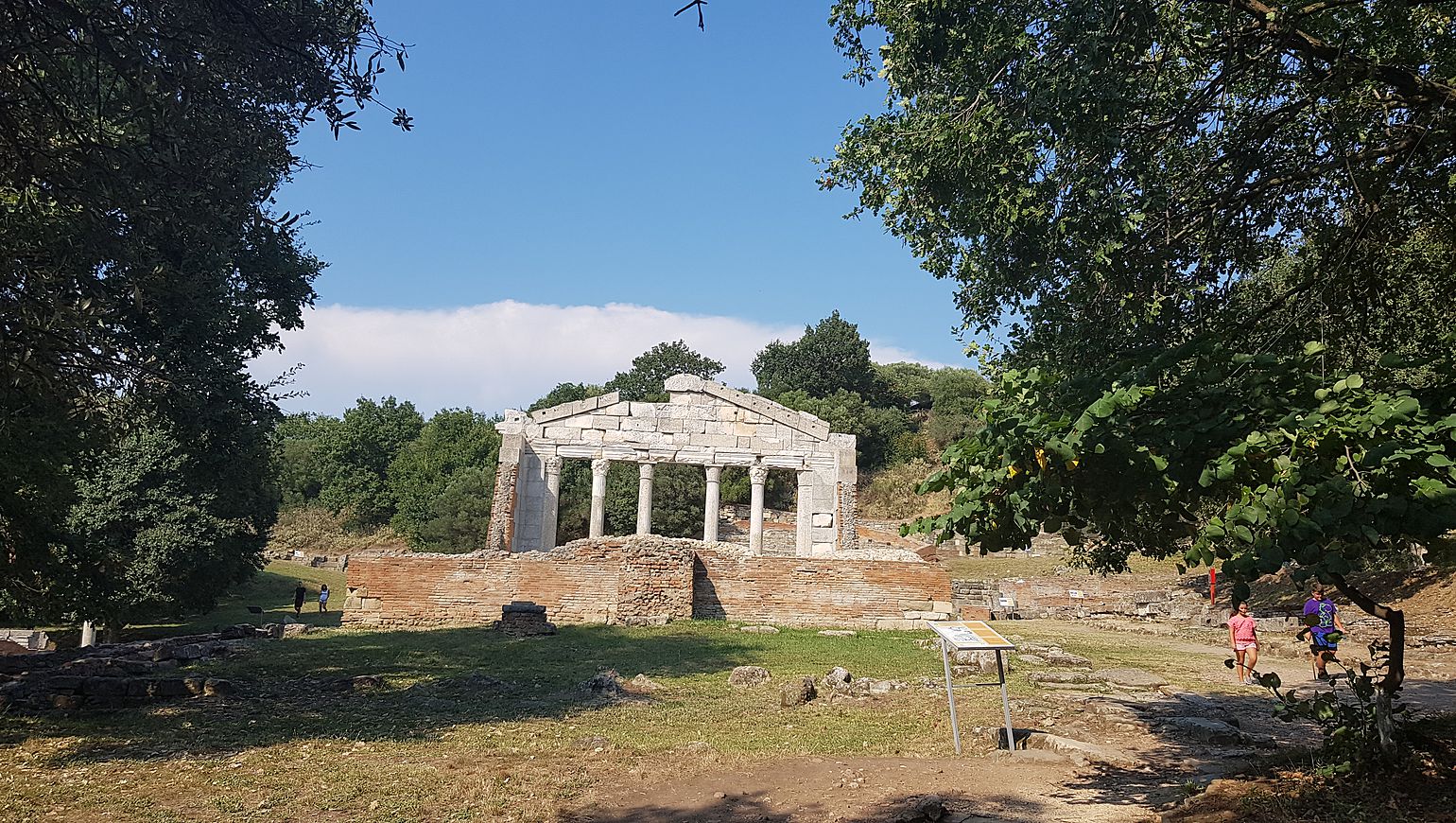 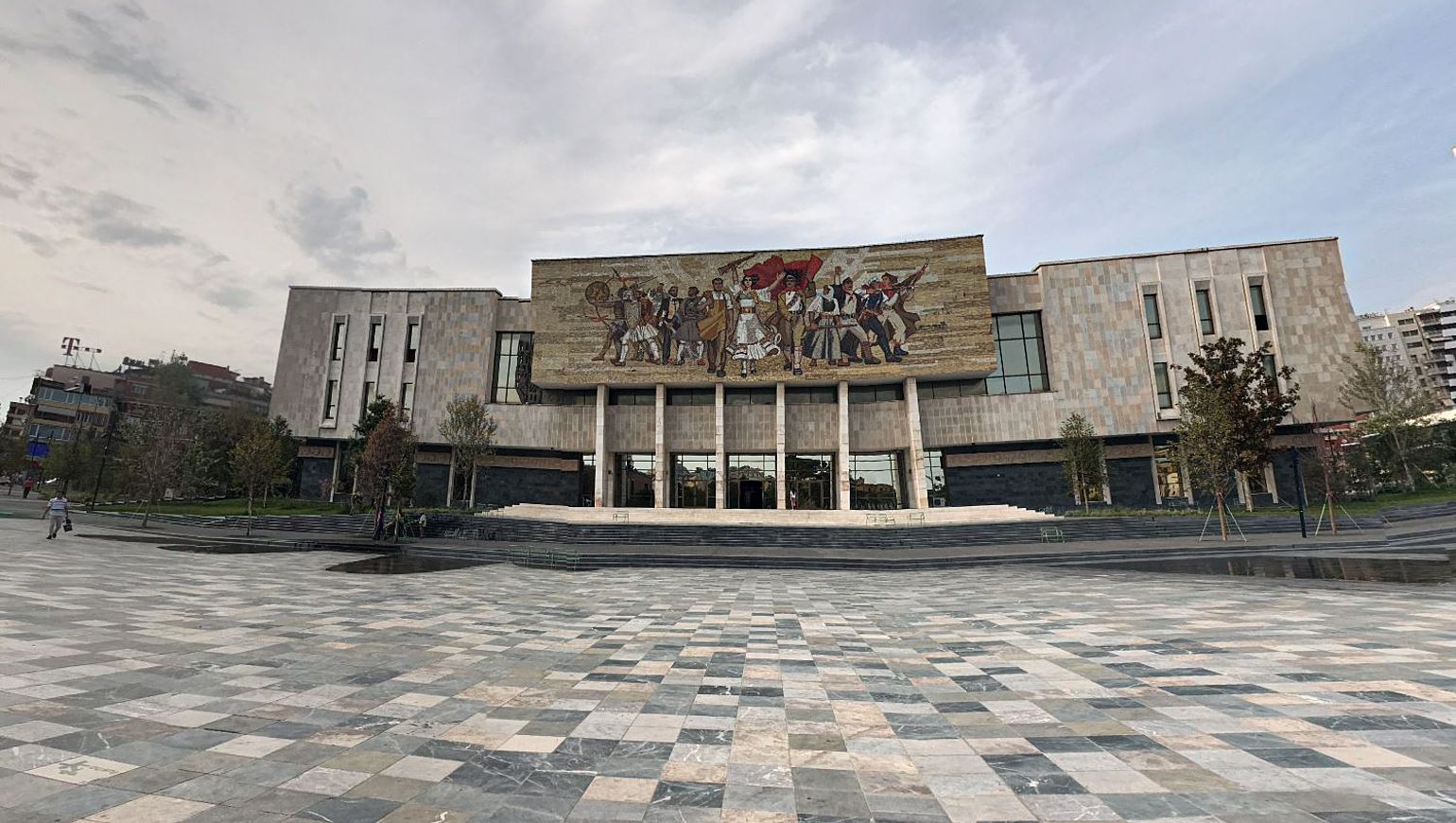 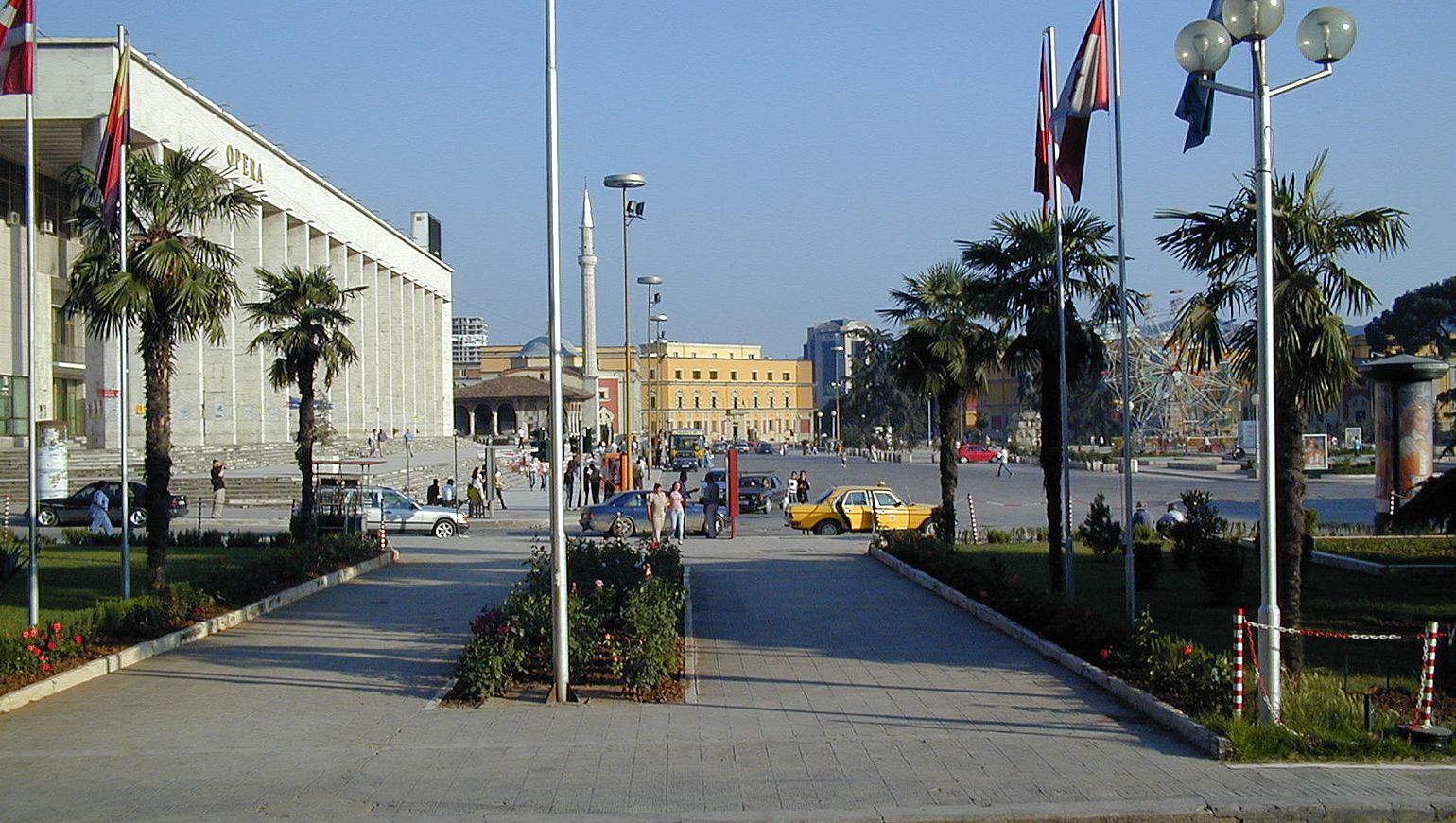 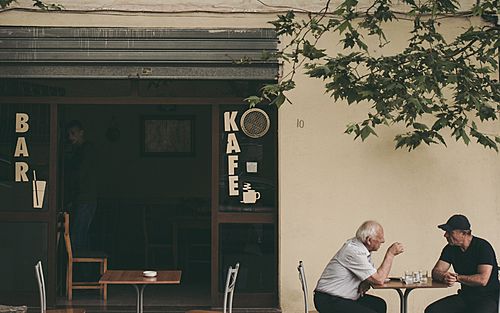 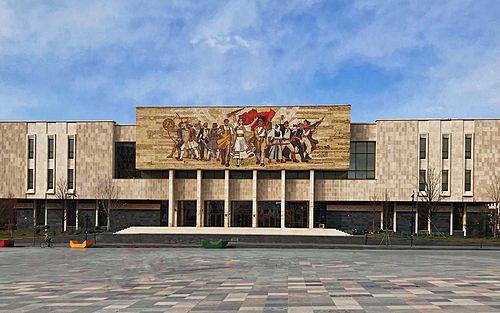 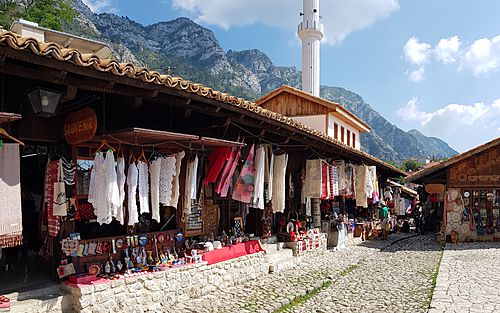 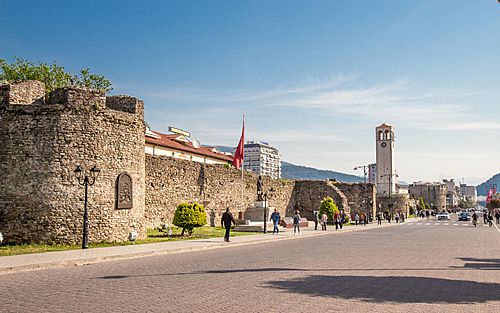 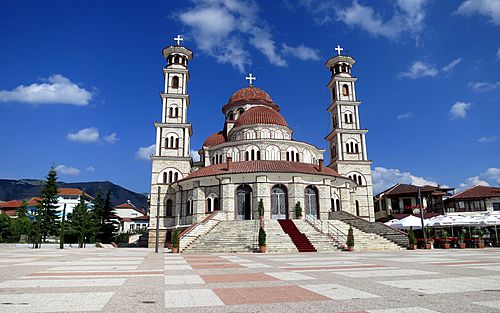 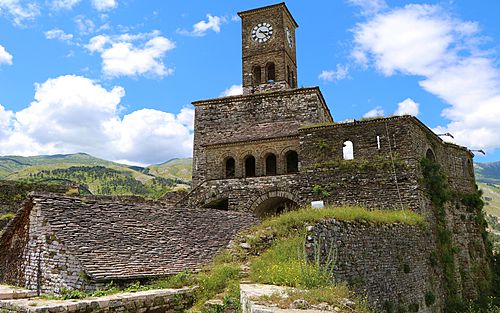 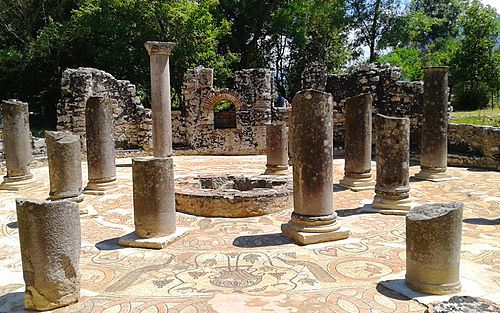 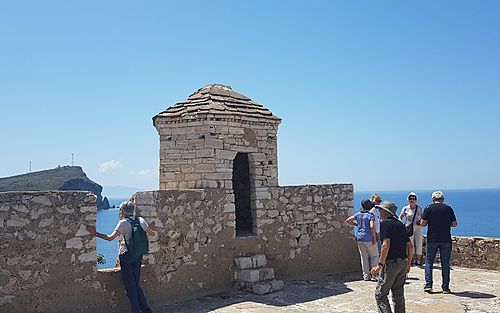 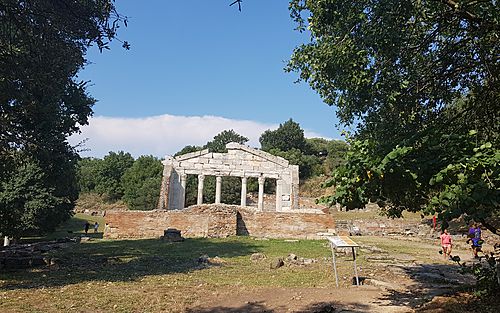 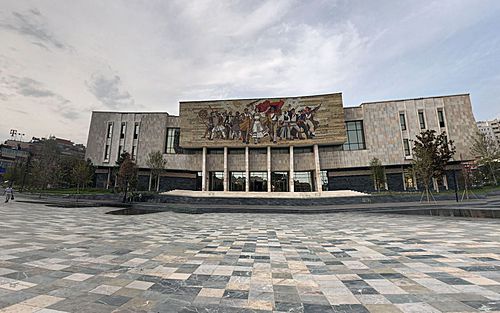 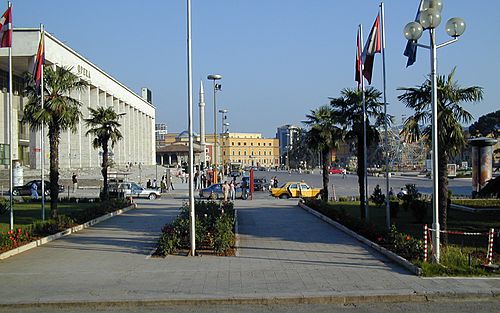 Trip length
10 days
Prices starting from Per person
$7,360
Excluding international flights
Plus de détails
Contact local expert
Due to the current crisis, Armela's agency is unfortunately unable to receive new trip requests at present.
Albania is a magnificent place with a rich history and nature. In this program you will be able to touch a good part of this country, from north to south. Wonderful nature landscapes, characteristic villages and UNESCO heritage sites wait for us to be discovered.

This tour idea is fully customizable

This itinerary has been crafted by our Local Agency with one idea in mind: to inspire you. Every element can be adapted to your needs and your interests, from duration to accommodation and activities.

Once arrived at the airport, our agent will be there waiting to take you to your hotel.  Depending on arrival time you might also start to explore the city or join an afternoon/evening yoga class to relax after the long flight.

Optional: Yoga: An hour yoga class at one of the capital’s best studios.

Optional: Massage: A massage session in one of the city’s wellness centers.

Today you will head north to a city in Albania, founded more than 2000 years ago. Shkodra is one of the oldest cities and the perfect example of the harmony between the three main religions in Albania: Islam, Catholicism and Orthodoxy. The city is home to the Great Mosque (built in 1995) and also a Catholic cathedral, St Stephen's Cathedral, where Pope John Paul II celebrated Mass during his visit in 1993. You may also visit the Marubi Phototheque which has assembled an impressive collection of 150,000 photographs to explore the Balkans as they were between the nineteenth and twentieth century. Then you join the Rozafa fortress. This fortress represents an Albanian legend and offers a breathtaking view of the city, rivers and surroundings.

Later on, you will visit the town of Kruja, located less than an hour away from Tirana. Kruja is known as the hometown of Skanderbeg, a 15th century Albanian leader, considered as our national hero for his fight against the Ottoman Empire. You will have the opportunity to learn more about this great leader by visiting the museum which was named after him, “Skanderbeg Museum”. The ethnographic museum is also an opportunity to discover the local culture, lifestyle and family traditions. Finally, you can have a stroll between the stalls of the old bazar located on a charming square with cobbled streets: ideal to pick some souvenirs!

Once a very prosperous city known for its handcrafts, the town has retained its historical center with its cobbled streets. During the antique times, Elbasan was an important city, a stopover town on the Via Egnatia road that connected Rome to Constantinople. You will also see the ancient fortress, some beautiful houses and one of the oldest mosques in the country, testimonials of the Ottoman Empire domination.  The town is also known as "Libasan", meaning "powerful place."

Then you will join the picturesque village of Lin. A fishing village at the foot of a hill on a peninsula. By going down the village you can enjoy the view on the lake.  On the way to this village you will see abandoned buildings of the former chrome mine in Prrenjas. Another small village on the shore of Lake Ohrid, Tushemisht served as a natural setting for the filming of some of the greatest movies of our country. The decor is so rich and varied that UNESCO has added this lake (one of the oldest in the world) to the World Heritage List in 1979 for its fauna and flora. The lake and mountains on the horizon offer you a breathtaking view!

Exploring the village of Tushemisht and the Park of Drilon.

Optional: Boat Tour in the park of Drilon.

You will visit "Korca the French". Why French? Because the presence of French troops has allowed the creation of a symbolic, although short-lived autonomous republic in the First World War. Moreover, this town has welcomed the first French school of the country from 1917 to 1939. Its population is said to be proud and well-educated, and the town is often nicknamed "little Paris of Albania", a city of art, love and romanticism. You will be able to see the medieval national museum and its great collection of Orthodox icons and the main monument to visit: The Orthodox Cathedral.

Today you will drive in the direction of Gjirokastra. A UNESCO World Heritage Site since 2005, this city is full of distinctive districts and shaded terraces. But its main touristic sites are the ethnographic museum and its citadel, which will take you back in time, years ago, through the history of Albania. Gjirokastra has retained its characteristic “old Albanian houses” architecture.

Korce to Gjirokaster, 4h 25 min: Tour of the town, the fortress and the traditional houses while also tasting traditional cuisine.

You will visit today the site of Butrint, which is near the Greek border. Butrint is an ancient Greek city on the UNESCO World Heritage list since 1992. You will discover a historic landmark, an open ancient city testifying of centuries of human occupation.

On our way to Saranda, you stop at the Lëkurësi Castle. This a ruined castle in south Albania from where you have a beautiful view of the city and the island of Corfu. In this southern town, you can also visit the Synagogue and the promenade.

Gjirokaster to Butrint, 1 h 35 min: Tour of the famous archaeological park of Butrint.

Tour of the Lekuresi castle, the port and the Synagogues in Saranda and relaxing time by the beautiful crystal-clear sea of the south.

On your way to Llogara, you will be amazed by the magnificent nature of the south coast. You have the opportunity to visit some small but very traditional Albanian villages located by the seaside.

You can stop in Porto Palermo to visit the fortress of Ali Pasha too. Located on a small peninsula, this abandoned building is now surrounded by lush vegetation. You will be able to visit the building to discover its octagonal room and its dome. Located in the upper part of the Ducati Valley, Llogara National Park of 1,000 hectares consists mainly of coniferous forests, which provides an interesting contrast to the Mediterranean landscapes that are found nearby. Through hiking during the day, you will discover unforgettable landscapes along the Riviera, between the sea and mountains. You can enjoy the view of the turquoise Ionian Sea and the Karaburuni peninsula and also reach the neck of Cesar by a hike of 40 minutes.

Next, you will be traveling to Vlora and visit the city where the Independence of Albania was declared in 1912. The city is located by the Adriatic & Ionian coast.

Sarande to Llogara, 2h 15 min: Hike for about 40 minutes into the wilderness of the park in Llogara while having the chance to appreciate the view over the coast too.

Today you will go to Fier to visit the archaeological site of Apollonia. A former massive antique city, Apollonia is the country's largest archaeological park. You will see some relics of the city such as the Bouleuterion, the Odeon or the library (the one in which the emperor Octavius studied!). By going further, you also will see the theatre, the old fountain and even bunkers from the communist era!

You will discover today an Albanian city, on the UNESCO list for its characteristic architecture: The city of Berat. Best known as "The city of 1000 windows" you will be charmed by its white houses and steep streets that offer you the chance to go for a special promenade. You will see the castle, many mosques and churches in the citadel, and the Onufri National Museum dedicated to the famous painter Onufri.

Tour of two of Albania’s most important sites, the archaeological park of Apollonia and the city of Berat rich in both historical and cultural events.

Optional: Wine tasting at Çobo Winery, one of the finest in Albania.

Day 9: Back to Tirana

A city since 1614 and the capital of Albania since 1920, Tirana is the country's main cultural hub. You will be able to discover a city famous for the colorful facades of its buildings and the harmony between the various religions in the country. The visit of the National Museum located on Skanderbeg Square will be a nice introduction to the rich Albanian history!

Close to this square, you will be able to see the mosque "Et'hem Bey", which has been preserved even during the communist era for its historical value, the opera, the clock tower and the palace of culture. You discover then the pyramid (the Museum of the former dictator, Enver Hoxha), the superb Orthodox Cathedral as well as the Catholic Cathedral. Not to forget to also discover the busy nightlife with numerous bars and restaurants!

Day 10: Last day of our Highlight of Albania trip!

One of our agents will accompany you to the airport according to your flight schedule. According to your departure time, our agency is happy and ready to prepare activities just for you. Or extend your trip because you wish to continue the adventure!

Browse all tour ideas in Albania (7)